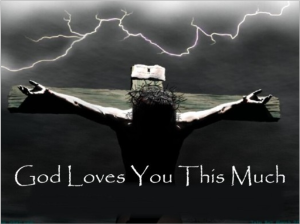 The Primacy of Grace in the Plan of Salvation

Before our birth, both yours and mine, there was an invitation;

Before we ever sought His face or tried to earn His favor;

Before we knew to worship Him, or righteousness to savor;

Before the founders could retrace the certain steps to Christ;

Before the counsel fixed our gaze on Jesus, sacrificed;

Before the mother church fought back with published declaration;

Before the thought was commonplace to work for what was free;

Before the councils ruled the fates with serious decree;

Before a hammer helped a monk begin a reformation;

Before a thousand year’ erase of venerable creed;

Before the scripture’s common tongue was ever guaranteed;

Before Anselm and Abelard had shaped our speculation;

Before medieval marketplace had bartered with the judgement;

Before “that African” confessed the Cross’s inspiration;[1]

Before his service would displace the grasp of pagan pride;

Before his battles met the foe and turned religion’s tide;

Before the Romans heard from Paul there is no condemnation;

Before the church could first embrace salvation as a gift;

Before the disciples preached the cross as something to uplift;

Before the gathered angels sang the wondrous incarnation;

Before the shepherd sought the place where Mary birthed the Child;

Before the manger held our hope and on Him wise men smiled;

Before young David brought from God a giant cancellation;

Before the dreams the grand staircase a need identified;

Before old Abram learned to trust the Lord who will provide;

Before the first pair wakened in a finished new creation;

Before their Maker knelt in space to breathe the breath of life;

Before the garden’s vow was made to crush the head of strife;

[1] “That African” was a pejorative name enemies threw at Augustine, who lived in Hippo in North Africa.

[2] © Stuart Tyner 2004 published in “Searching for the God of Grace;” Pacific Press Publishing Association, used by permission of Stuart Tyner