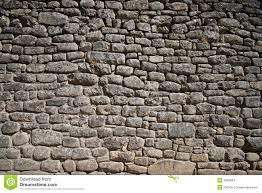 We left off last time with the thought that we should leave behind the things of the past and as similarly as new born babies desire milk to grow, we as new born baby Christians should desire the pure milk of the gospel that we may grow spiritually.

In the next seven verses Peter tells us why it is so important for us to cast off our old self and then desire the pure milk of the gospel.

In Psalms 118:22-24 the psalmist says, “The stone which the builders rejected has become the chief cornerstone. This was the LORD’S doing; It is marvelous in our eyes, This is the day the LORD has made we will rejoice and be glad in it.

The psalmist is referencing the corner stone that had been rejected by the builders of the temple and Peter is picking up this theme along with passages from Isaiah which states: “Therefore thus says the Lord God: ‘Behold, I lay in Zion a stone for a foundation, a tried stone, a precious cornerstone, a pure foundation; whoever believes will not act hastily’” Isaiah 28:16.

Let’s take a moment to unpack this. Isaiah 28:16 uses the word foundation while the psalmist and Peter both use the word cornerstone. What if anything did Christ have to say on this matter and could the Psalmist and Isaiah be predicting the words Christ and Peter just expounding upon them?

So, what is this foundation, that this wise man built upon?

Among those listening to the sermon on the mount were scribes, whose duty it was to study and expound upon the scriptures. They knew what Christ was expounding upon was Psalms 118: 22, 23 which they all understood to be a historical event, but also a prediction of the coming Messiah. Christ further explained in Matthew 16:18 that he was indeed the Rock, the long hoped for Messiah when he answers the statement of Peter. Let’s take a moment to look at Peter’s statement. This is in response to Jesus question to the disciples, “Who do the people say that I am” (Matthew 16:13)? Simon Peter answered, but before we give that answer it is important for us to fully understand what Simon Peter’s name means.

John 1:42 gives us this answer but let’s start with verse 40: “One of the two who heard John speak, and followed Him, was Andrew Simon Peter’s brother, he first found his own brother Simon, and said to him, ‘We have found the Messiah’ (which is translated the Christ) and brought him to Jesus. Now when Jesus looked at him, He said, ‘You shall be called Cephas (which is translated, a stone)’” (John 1:40-42).

It is clear, Peter’s name means stone, but we also have reference to a Rock and Christ used the term Rock and called Peter a stone and it all become confusing. Or is it?

My father explained to me in the following manner and Webster’s dictionary supports his explanation. A tone is a small rock that can be easily pickup up and moved by a person. It can be thrown, or many placed together to make a wall or a fence. A rock on the other hand cannot be easily moved in fact it is only with great effort and using other devises can it be moved.

Going back to Matthew 16:18 but let’s start with verse 16 in response to Christ question of “who do you say that I am?”

“Simon Peter answered and said, ‘You are the Christ, the Son of the living God.’ Jesus answered and said to him, ‘Blessed are you, Simon Bar-Jonah, for flesh and blood has not revealed this to you, but My Father who is in heaven. And I also say to you that you are Peter, and on this rock I will build my church, and the gates of Hades shall not prevail against it.’”

We discovered Peter means stone and Christ is the chief corner stone, which when building a building is a massive stone that is not easily moved without aid of others or by machines, but a stone can be moved easily.

Peter then picks up this same theme in verse four of the second chapter and says of those he had just talked about in the first three verses of chapter two and the last half of chapter one.

“Coming to Him as to a living stone, rejected indeed by men, but chosen by God and precious, you also as living stones are being built up a spiritual house, a holy priesthood to offer up spiritual sacrifices acceptable to God through Jesus Christ. Therefore it is also contained in the Scripture, ‘Behold I lay in Zion a chief cornerstone, elect, precious, and he who believes on Him will be no means be put to shame.’ Therefore to you who believe, He is precious; but to those who are disobedient, ‘the stone which the builders rejected has become the chief cornerstone” (I Peter 2:3-7).

I’ll try to keep this short but this statement needs to be unpacked. Let us start with the statement “Coming to Him as a living Stone.” Just two verses before he equates new born Christians as babies who desire milk the pure milk of the gospel. Christ is being referred to as the living stone, and it to this living stone that all Christians should be coming to for spiritual nourishment. Peter gives proof that it is Christ by stating that this living stone was rejected by men but was chosen by God the Father for the church to be built upon and that you as a Christians are also living stones, that are being built upon the Rock (the cornerstone) to form God’s church here on earth.

Christ, in Matthew 16:18, is telling Peter that as a stone, he will become one of the living stones that make up the Christian church on earth and Peter is confirming that and expanding upon it to include all of Christ’s faithful followers here on earth.

But, there is a warning for us all in verse eight, Starting in verse seven where it says, “Therefore to you who believe, He is precious; but to those who are disobedient, the stone which the builders rejected has become the chief cornerstone, and a stone of stumbling and a rock of offense. They stumble, being disobedient to the word, to which they were appointed.”

God has appointed to all salvation, but he does not force any of us to accept that salvation. But to those who reject salvation they are found in darkness and as one who walks in darkness through a room they are unfamiliar with they stumble and fall. In life when we reject Christ the very stone that is precious to the believer becomes a stumbling block. Christ came to be man’s steppingstone to salvation, peace with God, and eternal happiness. But when men refuse to step upward they stumble, a result for which the stone itself is in no way accountable (see John 3:19).

But to those who take that step upward, you become a chosen generation, the very elect of God, and has given to you, whether Jew or Gentile the very privileges and responsibilities that had previously been given to the Jewish nation of old, that of proclaiming the good news of the gospel. You are living stones are being built upon the great cornerstone to become God’s church, his body on earth.

Which brings us to the word Peculiar as stated in the Authorized King James Version. The word peculiar literally reads “a people into possession,” meaning “a people whom God has come into possession of a people God has acquired for Himself, a people that belong to God.

Christ has acquired the church and considers it to be in a special sense His own purchased possession. His special people who have been purchased at a great price are to then reflect his character to the world, by rejecting earthly lusts and to reflect the light of Christ to others.