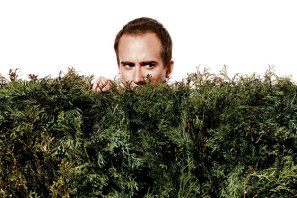 Standing in the gap

Ezekiel 22:30 “And I sought for a man among them that should make up the hedge and stand in the gap before me for the land, that I should not destroy it, but found none.”

In Bible times, cities had walls around them to help defend them from attack. Broken parts of the wall created a physical gap in the city’s ability to protect itself from invading armies. In this verse, because there is a gap in the wall, God is looking for someone to step in and guard the broken, vulnerable territory. I picture a well-armed warrior standing fearlessly in the breach, forcefully repelling any enemy soldiers who try to enter through the gap in the wall. This is a visual of our role when we prayerfully stand in the gap through intercessory prayer. I don’t know about you, but sometimes my prayer life isn’t as it should be. My gaps and hedges probably look more like the 3 little pigs with hedges made of straw and sticks then of a solid brick wall. It is an awesome task before us to make up the differences for those who need help by praying on their behalf. Prayer is the most aggressive, offensive, pro-active, invasive work we can ever engage in. Just as many characters in the Bible bridged the gap for others, we have the privilege to intercede proactively on behalf of our family, friends, and those who do not yet follow Jesus.

In the beginning when the earth was new there was no divide between man and God, however, after Adam and Eve disobeyed, sin created a gap between God and humanity. Cutting all future generations off from God’s best for their lives. Fortunately, God himself stood in the gap for us by sending his Son, Jesus, in human form, to live as a man, die for our sins, and rise from the dead so we could be restored into a personal relationship with Him. The enemy is very active in our world today; he knows his time is short. Let’s urgently and intentionally pray for God’s will and protection so we can stand firm against Satan’s plans and see the kingdom of God advance.