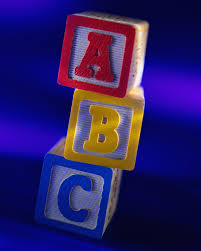 For quite some time, I have wondered exactly what to do on Tuesday for an inspirational moment. Perhaps a one minute devotional had cross my mind. The only problem is I don’t seem capable to keeping things short. Kim does with her posts on Wednesday for the Midweek Devotional, but I seem to wax long.

Recently there are a lot of people that are asking for prayer. Prayer for loved ones that are sick. Prayer for those that are suffering spiritually or emotionally. Prayer for needed jobs and even to put food on their table. The requests have been endless and heartfelt. With this as the backdrop, I have decided to present the A B C of prayer.

A – – Ask, Matthew 7:7; states clearly that we are to “Ask and it will be given to you; seek, and you will find, knock, and it will be opened to you.” So the first step in prayer is ask and with whatever you prayer for pray that God will be glorified as a result of your asking.

B – – Believe, Mark 11:22-24; Then we are to believe that we will receive. “So Jesus answered and said to them, ‘Have faith in God. For assuredly, I say to you, whoever says to this mountain, Be removed and be cast into the sea, and does not doubt in his heart, but believes that those things he says will be done, he will have whatever he says. Therefore I say to you, whatever things you ask when you pray, believe that you receive them, and you will have them.’”

C – – Claim, John 11:41; Then we are to return thanks to God that we have received.” Then they took away the stone from the place where the dead man was lying. And Jesus lifted up His eyes and said, “Father, I thank You that You have heard Me.”

Why return thanks that we have received? Because: the word of God is like a seed (Luke 8:11). The seed contains not merely the component elements of the tree, but the tree itself. The oak is in the acorn. The Acorn of an oak tree when viewed under the magnifying class shows that it contains a tree trunk, two leaves and a root system. Therefore when we ask, believe and claim God’s promises, these seeds sprout, set roots, grow strong and leaf out. In essence our faith grows like an oak tree grows.

Also, one sentence of Scripture is of more value than ten thousand of man’s ideas or arguments. So with the Bible in your hands, say; “I have done as you have said. I present your promises.” Remember the condition to victory is to Ask, Believe, and Claim by receiving. To take the book of Promises, the Bible, in your hands as you pray, believing God will answer your prayers and in so doing glorify himself through you.

Do as Augustine’s mother did. She laid her finger upon the text, presenting before God His own words, and pleaded as only a mother can. . . . and the Lord gave her the desire of her heart.

You and I though utterly unworthy, may do the same. We may place our fingers right on the promise of a living, true almighty, wise, loving, and willing God. Then we are to tell him that we Believe, and Have Received the gift promised. We can tell Him we know we shall realize the fulfillment when we need it most. But now we accept it by simple, living faith.

Arising from our knees we may continue, in our hearts, asking, believing and claiming exultantly what God has promised.

If we are willing to conform to the conditions; “That thy trust may be in the LORD, I have made known to thee this day, even to thee.” Proverbs 22:19.

So let us begin by knowing the problem, claiming the promise and asking in prayer.

The Problem: Dear Lord, in these days when people are claiming you are dead, no longer relevant in this world, I need a promise that you are still the living God.

The Promise: “But the Lord is the true God, he is the living God; He is the living God and the everlasting King. At His wrath the earth will tremble, and the nations will not be able to endure His indignation. Thus, you shall say to them: ‘The gods that have not made the heavens and the earth shall perish from the earth and from under these heavens.’” Jeremiah 10:10, 11

Prayer: “I thank you Lord, you have said. ‘He has made the earth by His power, and He has established the world by His wisdom, and has stretched out the heavens at His discretion.’” Jeremiah 10:12

11 thoughts on “Tuesday’s Inspiration: the ABC’s of Prayer”