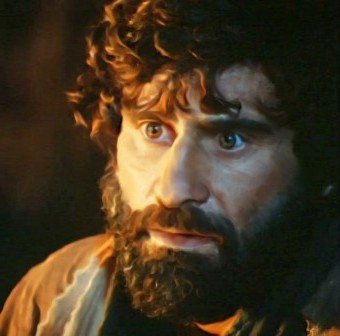 Final Thoughts on I and II Peter

Note:  This week will end the series on Peter the Disciple.  It ends up being a seven part study.  The additional posts will be Saturday and Sunday at 8:00 am. 2:00 pm. and 8:00 pm.  The final post will be at 6:00 am Monday June 26th.  Sorry for the length, but thought it all important to share.  Thank you very much for taking the time out of your busy life to read this series.

Major Themes of I and II Peter

Peter address very practical issues in his two letters. Practical issues that effect character development in each of Christ’s true followers. It address the suffering of those who are persecuted, which reflects the suffering of Christ on our behalf. It tackles the problem of those that are trying to teach things contrary to God’s word and what the final outcome will be for all those that choose not to follow the wise council given to them in God’s word.

In reality, I and II Peter is the backstory that explains everything. What do I mean? Peter breaks his narrative into the following: Then came Creation, the Fall, Israel, Prophets and now Jesus. Jesus in His birth, life, death, and now in His sitting on the right hand of God the Father. Peter then continues by speaking of the end of the present age, which is the second coming of Christ.

Peter makes an incredible point when he states in I Peter I:20 that Jesus gave of himself for all of mankind, even before the foundation of the world was formed. Your salvation was assured by Christ, even before you were born in fact it was assured before the earth was created.

God in His infinite wisdom Knew that mankind would stumble and fall. That we all would fall short of God’s glory and it broke His heart. This is why he had a plan in place that when sin entered the universe, the universe would not be lost.

But strangely it wasn’t upon earth that sin entered the world, it was in heaven itself, the cunning devise of Lucifer. Lucifer that was a covering Cherub before God, who was not satisfied, instead wanting to ascend higher than God Himself.

But, God’s plan was designed around the fact that he would always have special people. Not that salvation was exclusive to them, for it was open and free to all. But, that through His chosen people, His message to the world would be given.

Today these special people are Christians. These Christians are part of His royal priesthood, His chosen race and are made up of all the nationalities of the earth.

God special people, his royal priesthood have a special message for the closing hours of earth’s history. As God has pronounced judgement in the past, he will once again pronounce judgement upon the earth. But to those that remain faithful, who proclaim God’s hope for life eternal to a world that is searching for hope, to them will victory be given and a new home with Christ. For they have become heirs according to the gospel, part of the brotherhood and sisterhood of Christian believers.

Peter makes it clear that this can only happen through the power of Christ who gave of himself to assure for ourselves that we have and can have salvation through Christ and only Christ.