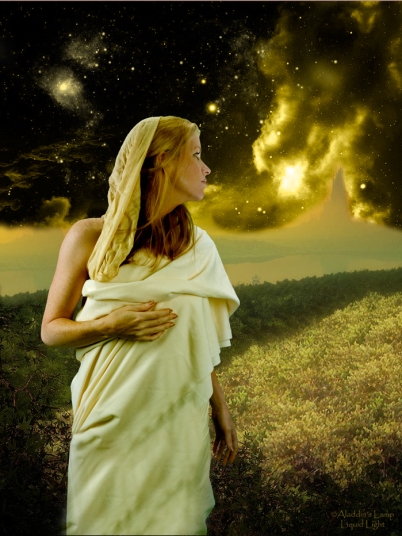 While Lot’s wife was out of Sodom, Sodom was not out of her.  Her heart was back in the city, which was soon to be consumed.  She fled but desired to look back.  The Scriptures say, “She became a pillar of salt” (Genesis 19:26).  She was like a woman who, saved from a burning house, rushed back to find some treasured possession and is burned with her possessions.  Lot’s wife had been saved from destruction by angels, but she had nothing in common with angels.

Possibly if Lot himself had not lingered, had not argued with the angels, had not hesitated, his wife might have been saved. In that respect, his influence on her was not good.

There are too many halfway Christians in the world today, people who are outwardly church members, servants of the Lord, professors of the faith, but whose hearts are still in Sodom, still in the world.  That is what Jesus was talking about when he said: “Except a man be born again, he cannot see the kingdom of God” (John 3:3).

So at the start of a new day as the sun sets upon this Friday, where is your heart?  Are you looking back at Sodom, at the things of this world, or are your eyes looking forward, fixed upon Christ.  Ever advancing upon the path of salvation to one day live with him in heaven.  If your not looking upon Christ, then I invite you to turn your eyes upon Jesus.  To look full on His wonderful face. And when we do, the things of this earth will grow dim.

Blessings to you all.
Amen