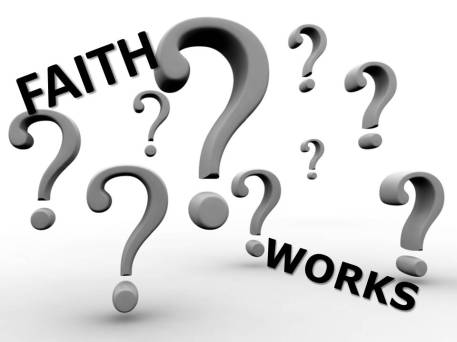 First, let’s begin by looking at verse 14 which begins Paul’s message to Peter; “But when I saw that they were not straightforward about the truth of the gospel, I said to Peter before them all, ‘If you being a Jew, live in the manner of Gentiles and not as the Jews, why do you compel Gentiles to live as Jews?’” Paul is saying, “Peter, you shared table with the Gentiles; you ate and lived as they ate; therefore, you approved in principle that there is one way for Jew and Gentile alike. How can you now reverse your whole decision? You were quite willing to live like a Gentile; and now you have swung around, and you want Gentiles to be circumcised and take the law upon them and become Jews before you will eat at the sale table with them.”

Paul is asking of Peter and even of us today, if justification cannot come through the law, but only through Christ Jesus, if this is truly so, then what roles does circumcision and other Jewish observances play? The obvious answer for Peter, the Galatian church and us today is “None!” The plain fact is that all people, both Jews and Gentiles receive justification in exactly the same way which is by the grace of God through faith. Then, why in heavens name is there a need to separate at meals? The obvious conclusion is there is absolutely no reason to separate ourselves on any social, economic, race or by gender. Then as Paul asked, “Why do we do it, if in God’s sight there is neither Jew or Greek, male or female (Galatians 3:28) then as Christians why do we do it?

Paul’s third point shifts back to a defense of the arguments leveled at him by those who focused on the law. It appeared to some, that since Paul appeared to have no concern for the law, then he had no concern for upright living. A kind of once saved always saved and cheap grace mentality. Two themes we see creeping into the church today. For Centuries, the Jews had been trying to earn their way to salvation. They were so concerned that they had even leveled the charge that since God no longer cared about “Good Works” that God now encouraged sin. Paul’s reaction was an astounding “Certainly Not!”

Which brings us to verse 18 and Paul’s fourth point in which Paul teaches it won’t do to go back to a belief in some sort of salvation by works, which he and Peter had both rejected.

As you will remember, last week we discovered that there were three separate laws at play. The 10 Commandments, the Ceremonial Law, and the Health and Civil Laws. It is obvious that eating a meal or circumcision had nothing to do with health and civil laws and certainly is not outlined anywhere in the 10 Commandments. This leave us with only the Ceremonial Law as the law being called into question.

But strangely enough the dialog taking place here in Galatians has for years been used to state we are no longer bound to keep the 10 Commandments, which we also discovered last week have been in effect before the earth was ever created.

Paul in Romans 3:20-25 makes the point that the law is necessary, (the 10 Commandments) because it points out sin, but it cannot save. All the law did for Paul was prove him to be a transgressor. But it also, he will later explicitly note, point him to Christ and the true way of salvation (see Galatians 3:23-25).

Which brings us to an incredible point in verses 19 and 20 of Galatians chapter two. Paul’s union or our union with Christ did not lead to disobedience but to Christ living out His principles and character within Paul’s life or the life of anyone that accepts Christ as their savior.

In Short, Paul had gone through a total transformation. He had died to law keeping as the way of justification. That temptation had been crucified (verse 19). But in Romans 6:1-8, There had also been a resurrection to a new way of life. And because we have been resurrected through baptism to a new way of life, Christ is now living out His life and His principles through the apostles of old and through every faithful Christian today. This life Paul now lived and each of us can live is embedded in faith, “(Faith in the Son of God), who loved me and gave himself for me” (Galatians 2:20).

Wow, although the 10 Commandments are still governing my life in that they point out or reflect back to me where my character does not meet Christ’s character thus our keeping of the law is not out of duty, but love, because the God of love, Christ’s Himself through the Power of the Holy Spirit, lives in me. And if God is love and Christ kept the commandments when upon this earth, then my new-found desire upon becoming a Baptized, (born again Christian John 3:3) is to keep God’s love, not out of duty, but because he first loved me.

So, then if I now have the character of Christ living out from me, why would I separate anyone in Christian fellowship because of economic, social, or because of their gender. I certainly, if Christ is living in me, would not carry on the work of the Judaizes in our day. Instead, I would embrace all in Christian love, for as Paul states, love conquers all.

4 thoughts on “Galatians: Gospels in Conflict part 4b”