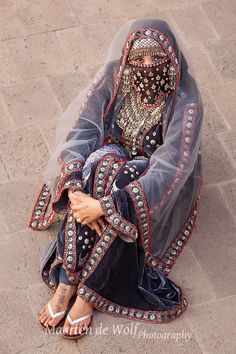 Once the price had been paid by the bridegroom, a contract (covenant promise) was signed to record the agreed terms of the betrothal. The groom would provide for all the needs of the bride during the 1-2 year waiting period. Jeremiah 31:31-34 “Behold, the days are coming, says the Lord, when I will make a new covenant with the house of Judah – not according to the covenant that I made with their fathers in the day that I took them by the hand to lead them out of the land of Egypt, My covenant which they broke, though I was a husband to them says the Lord.”

Do you see all of the marriage/covenant language? Is this starting to make sense? There’s more! The contract was designed to protect the bride more than the groom. Once the contract was signed the bridegroom declared in a loud voice, “It is finished”! John 19:30 says, “So when Jesus had received the sour wine, He said “It is finished” and bowing His head, He gave up the spirit.” He followed all of the traditional betrothal ceremony formalities. After the terms of the contract are agreed to, the couple would separately take a ritual immersion as a symbol of spiritual cleaning. This is where we get the concept of baptism. Matthew 3:13-17; Matthew 28:19; Acts 22:16; Ephesians 5:25-26. A secondary name for betrothal is Eyrusin meaning sanctification. This term expresses what the time of separation, (at least one year) was all about, that is setting oneself aside the other person for the covenant of marriage. During the ceremony some items of value were exchanged and a cup of wine was shared to seal the vows. Luke 22:20; I Thessalonians 4:3-4

This is why Jesus said He would not drink fruit of the vine again until we would be together in the Kingdom. We will drink together at the marriage Supper of the Lamb!!!! We have communion to remember our groom, to keep ourselves pure for Him. The groom’s speech of promise was next. He would say, “I have to go. I’m going to prepare a place. (Bridal chamber) for you at my father’s house. The groom went back to his father’s house to build an addition to the existing dwelling where he would receive his bride in 1-2 years. The bride would then say, “Do not go, and the groom would respond, “It is better for you that I’ll go but I will come back.”

“When”, she would ask, and the groom would respond, “I do not know nor the servant, only my father knows the day.” John 14:1-4 “Let not our heart be troubled, ye believe in God, believe also on Me. In my Father’s house are many mansions; if it were not so, I would have told you. I go to prepare a place for you. And if I go and prepare a place for you, I will come again, and receive you unto myself; that where I am, there ye may be also.” Does this passage take on new meaning like it did for me?

Before the groom left for the waiting period, he spent precious time with his bride to be. There was joy but also anxiety about unknown things yet to happen (Luke 5:33-34). The Groom would leave a chaperone with his bride to be, to provide for her in his absence. The Holy Spirit was sent to us as our chaperone at Pentecost, after Jesus had ascended into Heaven (Acts 2; Hosea 4:6). He is to meet our needs until we fully come into the marriage.

The Bride is now waiting for her groom and preparing herself for his return. She was very careful with the payment, not to lose the coins. Those coins were placed on a head piece, part of the bride’s garment that would be part of the betrothal ceremony or kept by the bride in case of divorce. During the year the bride would consecrate herself, and prepare holy garments for the upcoming marriage. (Ephesians 5:25-27) Paul puts this preparation in very clear terms. The bridegroom is making preparations to return to the bride – we need to ask ourselves are we as His betrothal keeping our garments clean? Are we arrayed in our bridal attire, and keeping our covenant vows? The bride took the betrothal very seriously, she knew the approximate timing – but not the exact hour or day. It was the father of the groom who would give the final approval for the marriage to begin. Since the time of his arrival was a surprise, the bride and her bridal party were always to be ready. The bride would lay aside her veil as she lay down to sleep, and keep oil in her lamp, so she would be ready when she heard him coming.

So, here we are, in the waiting period. The contract has been signed, the promise made. The bride price has been paid. We are anticipating future events. Our life with our groom awaits us. He is preparing a place for us. We have the Holy Spirit to take care of us in His absence. We are preparing our holy garments. Part 3 – The Return of the Groom!