Living the Gospel in the Face of Judgement 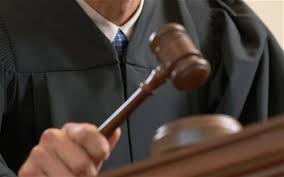 Verses 3-5 have raised the idea of judgment in terms of self-examination and bearing one’s load. Those themes surface again in verses 7 and 8. Do not be deceived; God is not mocked, for whatever a man sews, that he will also reap,” Paul asserts in verse 7.

The apostle is in actuality issuing a call for the individual believers in the Galatian churches to decide whether they are going to live according to the flesh or the Spirit. There is no way that they can live by some mixture of the two (see Matthew 6:24). It is one or the other.

Part of his appeal is a warning based upon well-known agricultural principles. Farmers know that if they want a harvest, they must sow seed in their fields. “Precisely the same principle that operates in the moral and spiritual sphere. Whatever a man sows, that he will also reap. It is not the reapers who decide what the harvest is going to be like, but the sowers. If a man is faithful and conscientious in his sowing, then he can confidently expect a good harvest. If he sows wild oats, as we sometimes say, then he must not expect to reap strawberries!”

The law of sowing and reaping is built into the fabric of God’s world in both the natural and spiritual realms. And, claims Paul in citing a proverbial warning, “God is not mocked.” We can do no double-dealing with God, for He knows all the thoughts and intents of the heart just as He is aware of which seed a farmer had sown.

At the surface level all of us would agree that no one can fool the omniscient God. “Yet, there is a common tendency to think that there is one exception to this universal principle: though it proves true for everyone else, it is not true for me. I will not have to reap a harvest from the seeds I sow. I can sow whatever seed I want and still expect a good harvest. This common line of thought only proves the words of the prophet Jeremiah, The heart is deceitful above all things and beyond cure. (Jeremiah 17:9). Our capacity for self-deception is frightening. It is amazing how blind otherwise brilliant people can be to their own spiritual direction in life. In fact, the more brilliant people are, the more skilled they are at developing rationalizations to deceive themselves and to hide from God. Paul’s warning (do not be deceived) needs to be heard, and to be heard often, to warn us against our most brilliant self-delusions.

The apostle has already mentioned deception twice in his letter to the Galatians: “who has bewitched you” in Galatians 3:1 and self-deception in Galatians 6:3. And just what is it that the Galatian believers and us are in danger of being deluded about? From the overall context of the book, two focal points of deception are the nature of true religion and how we need to express it in daily living. In Galatians 3 and 4 he dealt with the first aspect of their deception, and in Galatians 5 and 6 he has focused on the second. He has repeatedly asserted that they need to live by the spirit rather than by the flesh.

Now in Galatians 6:7, 8 Paul expands the flesh and Spirit motifs into a judgment scenario, claiming that the one who sows to his own flesh will reap corruption, whereas the one who sows to the Spirit will harvest eternal life (NASB). It is not exactly certain what he means by corruption, but it seems safe to say that at least part of what he has in mind would be the opposite of eternal life.

But what, we need to ask, is what is sowing to the flesh? In Galatians context it in the most general sense involves living a selfish, self-centered life. Moe specifically, it includes the works of the flesh listed in Galatians 5:19-21. And even more relevant to the context of Galatians 6:8, it speaks to those who were biting, devouring, provoking, and envying one another (Galatians 5:15, 26) as they shifted away from Paul’s grace – and faith based gospel to the legalistic solution promoted by the Judaizers. The crisis was literally destroying the Christian community in Galatia. Peter and Barnabas’ defection (Galatians 2:12, 13) only illustrates the disharmony resulting from the false teachings.

What does Paul mean here by showing to the Spirit? He obviously has in mind living the God-centered lifestyle expressed as the “fruit of the Spirit” (Galatians 5:22, 2), which he also has referred to as walking by the Spirit (verse 25).

Paul, in the first five verses of Galatians 6 set forth several concrete examples of how the Galatians needed to walk in the Spirit or sow to the Spirit. He continues with more specific examples in verses 6-10, in the context of a judgment illustration.

In verse 6, for example, he raises the issue of support of the ministry. The very fact that he mentions it suggests that it had become a problem in the Galatian congregations. Given the divisions in the church, it is easy to see how the situation might have developed. Paul’s allusions to the topic we can learn several things about the early Christian church. First, that he advocated formal teaching in correct doctrine and practice and that such instructors were active in Galatia. Second, verse 6 implies that these teachers either were full time or were at least giving a major portion of their time to their calling because he admonishes that the members should support them. Paul said much the same thing in I Corinthians, in which he wrote that the “Lord commanded that those who proclaim the gospel should get their living by the gospel. That has been true throughout the history of the Christian church. But the devil is always active both to undermine wholesome teaching and to discourage good teachers through a lack of remuneration. Paul’s final admonition in Galatians 6:6-10 deals with doing good to others in the community – but especially to fellow believers (verse 10). He realized, however, that it is easy to get discouraged in well doing, especially in a divided congregation in which no one seems to appreciate what is being contributed. Such was the situation in Galatia, where even Paul himself had become discouraged, fearing he had labored in vain (Galatians 4:11).

The only way that the Galatian believes could hope for spiritual health both collectively and individually was to move away from the divisive spirt of the Judaizers and to adopt fully the fruit of God’s Spirit into their lives. That is just as true for us living two thousand years later. The greatest need of the church is members who fully realize their humble part in the plan of salvation and we let God’s Spirit live out his love, joy, and gentleness in their lives. Only when that happens will God’s family on earth begin to look like His family in heaven.