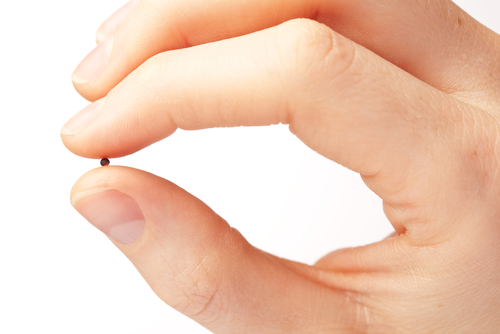 The Insignificance of a Mustard Seed

30 Then He said, “To what shall we liken the kingdom of God? Or with what parable shall we picture it?”

With what they had seen of Jesus, there was a hope, that he would pronounce himself king. After all, with the miracles he had performed, he could restore an army to health and resurrect those that had died in battle. The Pharisees noted that a few had come to acknowledge Jesus as the Messiah. Yet they questioned among themselves how this humble teacher could exalt Israel to universal dominion. For He was without riches, power, or honor, therefore, how was He to establish a New King.

Jesus read their hearts and answered their silent thoughts about Him. Then He said: “To what shall we liken the kingdom of God? OR with what parable shall we picture it? Without giving them time to respond, Jesus answers his own question. 31 “It is like a mustard seed which, when it is sown on the ground, is smaller than all the seeds on earth; 32 but when it is sown, it grows up and becomes greater than all herbs, and shoots out large branches, so that the birds of the air may nest under its shade.”

The mustard seed referred to here is the black mustard which grows wild and in abundance in Palestine. But is also often cultivated for its seeds, which are used as a condiment. In Jewish literature the mustard seed is frequently referred proverbially to denote minuteness.

It would appear by what Jesus said in his parable that this seed did not grow wild but was planted. It was planted in the field which is claimed by Satan but is nevertheless, God’s Field. Often in Christian literature the church is referred to as the field and Christ has this same thing in mind here.

The mustard seed was smaller than any other seed that was sown by Palestinian farmers, far smaller than either wheat or barley seeds. Yet when the seed was planted it would grow to be far larger than wheat or barley plants. The mustard is really not a tree but in terms of its size it compares to a tree, often reaching height from 6 – 12 feet with branches being an inch or more in diameter.

Jesus used the term tree or perhaps better stated the figure of a tree to represent the triumph of the gospel message throughout the world. The kingdom and its subjects might appear insignificant now, but Jesus said, this will not always be the case.

While the Pharisees and others, hoped for a king or ruler that would break the yoke of bondage to the hated Roman’s, most could not imagine Jesus as being that leader. It is for this reason Jesus gave them this parable, or story, talking about the wee little mustard seed to show that what is of little size or importance today, will eventually grow into something of great significance which will give shelter and comfort to the creatures of God’s creation.

Here as Jesus taught the people he was surrounded by 12 men that had chosen to become his disciples. Of these twelve, 11 along with Mathias would be the pillars upon which the Christian church would be built. It seemed insignificant at the time, but over time, as the small seed was planted, watered by the Holy Spirit and heated by the living Son of God it would grow in height and in stature until it turned the whole world upside down.

Yet to the religious leaders, these peasants, fishermen and farmers, zealots, and tax collectors, along with this humble Galilean appeared like the little mustard seed, insignificant.

After the death, burial, resurrection and ascension of Jesus, the Holy Spirit guided and nurtured and brought other great leaders into the church until the early church brought comfort and a place of rest to all that came and sought rest in its branches.

To the disciples he explained the meaning of these parables, but for the common person and especially the Pharisees, they remained a mystery because had they known the full meaning they would have attempted to take Christ’s life, before His appointed time.

Christ was busy sowing the gospel seed among his followers. A gospel seed that would grow mature and bear fruit for the kingdom.

Yet at the time, it seemed insignificant just as a mustard seed seemed of little significance.