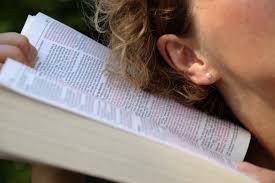 I love this passage of Scripture. I was reading it again the other day, and the thought came to me to take a deeper look into the meaning of the Word. A synonym for word is voice according to the concordance. Amazing things happen when you plug in the word Voice instead of word. In the beginning was the Voice! Yes, it was the Voice of Jesus that we read about in Genesis chapter one verse 3. And God said, “let there be light”, and there was light. God didn’t snap his fingers, or think it and bring it into existence, he could have, but instead he spoke. This tells us that God is a relational being. Later in Chapter 3 after the fall of Adam and Eve, we read that in verse 8 that they heard God walking in the garden, calling out their names.

God created humankind to have communion with us. To talk to us and develop a relationship with us. I think that we forget what prayer really is and what it is used for. We get the idea that it has to be worded just right, using sufficient amounts of thee and thou. Prayer is heaven’s ordained means of success in the conflict with sin and the development of Christian character Prayer for the pardon of sin, for the Holy Spirit, for a Christlike temper, for wisdom and strength to do His work, for any gift He has promised, we may ask and the promise is ye shall receive.

Prayer is the crying of our soul after our maker, giving voice to our thoughts. He promises to hear us and to answer our prayer when we ask according to His will. James 4:3 tells us that we ask and receive not, because we ask amiss… the following verses urge us to submit to God, humble ourselves, cleanse our hands and purify our hearts. I am sure that God will listen and respond to that kind of prayer.

As we enter into the season of Thanksgiving, let’s be thoughtful and in prayer for God’s will to be done in our hearts, that the work that needs to be accomplished to fit us for heaven would be done. May God’s still small voice be ever present in your ear.