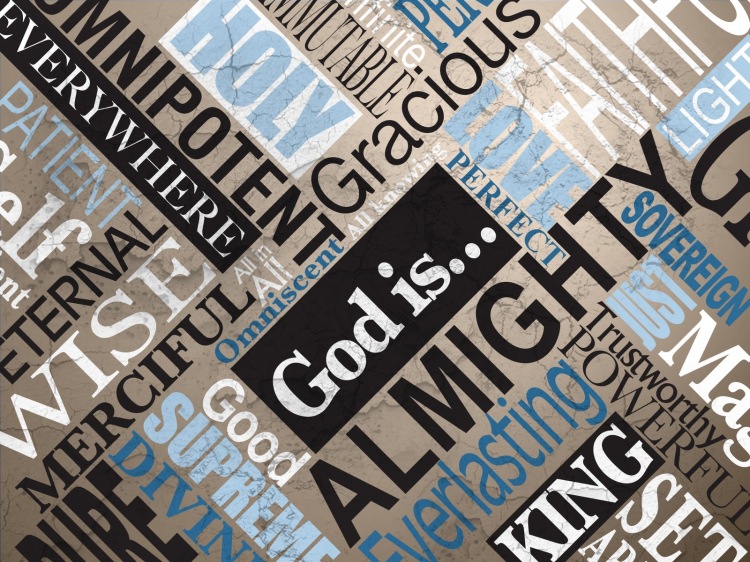 The redeemed will spend the coming eternity studying the wonderful depths, breadths, and heights of the character of the Infinite. The mental, physical, and spiritual energies and attendant capacities of these people will far surpass the capabilities of earthbound students by at least twenty times the electrical energy possessed by us today.

God endowed man with so great a vital force that he has withstood the accumulation of disease brought upon the race in consequence of perverted habits, and has continued for six thousand years.  This fact of itself is enough to evidence to us the strength and electrical energy that God gave to man at his creation. It took more than two thousand years of crime and indulgence of base passions to bring bodily disease upon the race to any great extent.  If Adam, at his creation, had not been endowed with twenty times as much vital force as men now have, the race, with their present habits of living in violation of natural law would have become extinct (Testimonies for the Church, vol. 3 pp. 138, 139).

In eternity eager students will possess at least twenty times the vital energy possessed today and will be under the direct tutelage of Christ.  It would be impossible to conceive of the enormous amount of light gathered by such in the first million years, for instance, of their celestial sojourn.  That, in turn, will be but the beginning of what will be learned as successive millions of years roll by devoted to the continued contemplation of God’s character of love. In comparison with that, a microscopic fragment of the knowledge of God’s character is contained in this series.  It is but a cradle roll level at best.  It is nothing more than a start, albeit, a very necessary and vital one.

It is important that this be realized by the hungry seekers after God, for thereby they will be encouraged to press on, ever reaching for the richer and more beautiful revelations of God yet to come.  They will be impressed to immerse themselves in the contemplation of the life of Jesus Christ, the complete and perfect revelation of the Infinite One.  Every contact with the spiritual vitality of His life, with its marvelous consistency, tenderness, saving power, and thousands other blessed qualities, will create an even more intense thirsting to know and experience His elevating power.  The things of this world will wane in interest and value until they have no drawing influence left.

The benefit to be gained is not limited to acquiring information. Vital and basic as this is, it is but the doorway to a character development such as no other factor can produce.  There is no possibility of coming in contact with God without being dramatically changed in nature.  Consciously and unconsciously, the patterns of behavior, the attitudes, the spirit, the motivation, the work, and every aspect of the life will be purified, ennobled, sanctified, vitalized, prolonged, and enriched.

Nebuchadnezzar ruled the world and gloried in the power by which he did it. Other men and women have been unbelievably rich, possessing treasures, lands, and money beyond computation.  This is their glory and honor, but all the power and wealth that this world could ever give can never compare to the riches contained in knowing God.  Search for this treasure.  Dig deeply, earnestly, relentlessly, until the golden veins are opened wide and the greatest riches in the universe become your possession.  Here is true value, which, if possessed, will bring all other treasures in its train.  Those who have it are rich; and remainder are impoverished.  This is a treasure available to all.

This series purposes to set the learner on the right track; to clear away the tragic misconceptions of God, which Satan has fisted on the human family to its hurt; to open to view God as He really is; and thus to introduce the blessings that are awaiting those who dig deeply into the mines of truth.

No attempt has been made to examine every incident in the Bible where God has been involved in one way or another.  There is no necessity to do so. Once the applications of divine principles have been applied to typical cases, anyone who has thoroughly grasped them will have no difficulty in solving most problems.  There will always be one or two that defy solution, the simple reason being that God will never remove the opportunity for doubt, for to do so would take away the right of choice.  He desires our spiritual education to come to the place where we will learn to trust Him in the unknown on the basis of what we have learned in the known.

Learn to expect that seeming contradictions will manifest themselves as study progresses. The solution of one problem only exposes another.  This is a normal development.  Some claim that they have never found anything in the Bible that sounded contradictory, but this only admits that they have never really studied it.   People who dig deeply will be confronted with what appears to be insoluble problems.  But, if aware that this is normal rather than abnormal, and if faith has attended the research, these seekers will rest in the comfort of knowing that there are no real contradictions in God’s Word, only beautiful harmonies, even if they are not seen as such at the moment.

Train the mind not to think of God as if He were a man.  Glaringly evident in every false concept of God’s character is the disposition to see God operating on the same procedures and principles as human beings.  There is no greater stumbling block than this in the way of a correct comprehension of God.  It must first be recognized as such, after which it will take protracted effort in retraining the thinking to automatically recognize that God works along lines that are opposite from humanity’s way of working.

As a gift to every creature, there is nothing that God desires more than for them to have the knowledge of His character of righteousness.

When consideration is given to the magnitude of the task of understanding the infinite, discouragement might well possess the soul.  But be assured that there is nothing God is more anxious to supply than this knowledge, not only as a store of precious information but, more importantly, as a personal experience.  He longs that the same character which is in Him be also in every one of His creatures, for only then is it possible for all to enter into the blessed fellowship that makes heaven be heaven.

Therefore, the blessed assurance is to accompany the spiritual wayfarer every moment that the full resources of heaven are devoted to unfolding these things to the eager mind.  With pitying tenderness, God stoops low to unveil these mysteries to our dull human senses, and He is grieved when we learn so little so slowly.  Before those who will press forward with unabated determination are possibilities beyond the outreach of our imaginations and aspirations.  Higher and still higher, the Lord will personally elevate the mind until it is overwhelmed with the revelation of divine things. Sweeter and sweeter will be the love implanted within the heart, more and more intense the spirit of self-sacrificing service, and more exalted and profound the response of praise and joy.  Earthly things will appear in their true light, with luster dimmed and attractiveness gone.  Sin will no longer masquerade in garments of light but will be exposed for what it is – a hideous, deceptive, and unwanted perversion of all things good and true.  There will be no more glorying in power and riches but in the possession of the knowledge of God, the greatest power and riches of all.

When God has a people upon this earth equipped with this then He will have the instrumentalities whereby He will move the world.  It is for this reason that the loud cry under the power of the latter rain cannot come until such qualifications are possessed by a living church.  God desires to dispense to that church the very best gifts heaven can bestow, that its members, in turn, may render the finest saving service possible to the desperately needy and perishing millions of earth’s population.

God’s people have long professed to desire nothing more than the outpouring of the latter rain whereby the work can be finished and the way prepared for Christ’s return.  To such, then, comes the challenge of the truth that this can never be accomplished until the knowledge of God’s character fills them and subsequently lightens the whole earth with its glory. It is the failure of God’s church to know by text and experience the truth of His character that is retarding the finishing of God’s work in the earth today. While His children enjoy the comforts of this life, making little effort to penetrate the mysteries of infinite love, which have been revealed and are for them to understand, sin continues to trample the oppressed on its mission of death and destruction.

Men and women of God, it is time to arise to the full stature of God’s plan, to measure up to the exacting demands of this climactic hour.  For six thousand years now, our loving heavenly Father has been earnestly entreating His people to learn of Him that they might embark on their appointed mission and the earth be delivered from its oppression.

Let each person come to a full realization of these issues and arouse every faculty and power to a profound and total consecration in the devoted study and experience of the character of God.

This concludes out study on the character of God. I hope you have enjoyed reading it as I enjoyed putting it together.  It is also my prayer that this has brought you closer to God and given you a better understanding of God’s character and law, which is a reflection of his character.