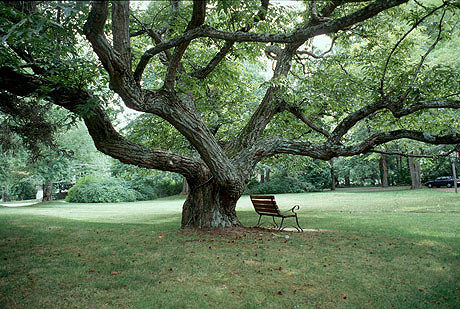 Can Anything Good Come From?

A View From Under a Fig Tree

Simon Peter, was the oldest of the disciples, appears to have had a fishing business with John, James, along with his brother Andrew.  Yet, John and Andrew had recently been disciples of John and Andrew went and presented to his older brother the good news of Jesus and invited him to follow Jesus.

Now Jesus desired to go to Galilee and on the way, He found Philip and said, “Follow Me.” Then Philip followed Jesus.  Then Philip found Nathanael and said to him, we have found the Messiah who is Jesus of Nazareth.  Nathanael’s response was classic for he stated as fact more than asking a question by way of a statement, “Can any good thing come out of Nazareth?”

Nazareth had quite the reputation as a bad town, a tough place to live.  The city was far enough away from Jerusalem that it didn’t receive much attention from the religious leaders.  This left Nazareth to do pretty much as it pleased.  Nazareth was also the location of a Roman Garrison which added to the rather wild atmosphere.  The location of Nazareth had been part of the decision as to why Joseph moved his family back after being exiled in Egypt waiting the death of Herod, who in a fit of jealous rage had ordered all male children in and around Bethlehem to be killed.

This is why Nathanael, spoke more out of astonishment than a question stating, “Can anything good come out of Nazareth?!”  It was surprising to Nathanael that the messiah would come from such a place as Nazareth, which he believed to be a steaming caldron of sin run amuck.

Let’s look at where Nathanael was found, for he was found praying under a fig tree.  Two other times in Christ’s ministry he used the symbol of a fig tree to make a point regarding the condition of the Jewish nation.  So isn’t it interesting that at the beginning of his ministry on earth, Christ finds a young man praying under the fig tree and Nathanael is described as having no deceit about him.

In the other two instances, Christ had come upon a fig trees that were producing no fruit.  In the one instance He left the fate of the tree to the keeper of the orchard.  But in the second instance He pronounced a curse upon the tree which caused the tree that look good on the outside, to wither and die from the root up.

Therefore, it is interesting that Jesus finds Nathanael under a fig tree praying.  Nowhere does it indicate that this tree was bearing fruit, only that Nathanael was under the tree praying.

There was an understanding through the Law of Moses and the other prophets of the coming Messiah, but they failed to fully comprehend the nature of the prophecies, and although Nathanael was praying under the fig tree and within his heart there was no deceit, he too failed to fully comprehend the nature of Christ’s mission and the role of Israel, and the Jewish nation was to play in this very important event of the Messiah’s coming.

The Jewish nation had long awaited the coming Messiah, but they failed, just as the fig trees in Christ’s two parables in being fruitful. Instead, they like the fig tree used up the available resources designed to help spread the good news of the gospel message to the rest of the world.

Christ and God can read the hearts of all mankind, and today as they look into the hearts of Christians I wonder if they once again see a people praying under the fig tree, longing for the second coming of the messiah, yet squandering the resources that have been liberally given to his followers to spread the Good News of the Gospel.  Again, I wonder if the fig tree is barren of fruit and has become a burden to the keeper of the orchard.  A tree that fails to bring forth fruit is worthless and therefore should be cut down and burnt up, or as useless as the chaff that falls from the wheat and is blown away by the wind.

Christ has promised to each of us the same power and opportunities He had as He ministered to the world.  So the question remains, “Will you follow Him who is like God and One with God, who is also the Light of the world.  Then the question can be answered, is that fig tree we are praying under, yielding fruit, or is it fruitless as the two were in Christ’s parables.  Is that fig tree using up precious resources or producing fruit through the power available to all those that come to Jesus without deceit in their hearts.