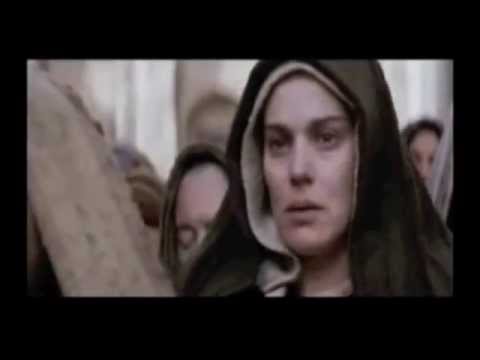 On the third day there was a wedding in Cana of Galilee, and the Mother of Jesus was there.  2 Now both Jesus and his disciples were invited to the wedding. 3 And when they ran out of wine, the mother of Jesus said to Him, “They have no wine.” 4 Jesus said to her, “Woman, what does your concern have to do with Me? My hour has not yet come.” 5 His mother said to the servants, “whatever He says to you, do it.”  6 Now there were there six water posts of stone, according to the manner of purification of the Jews, containing twenty or thirty gallons apiece.  7 Jesus said to them, “Fill the waterpots with water,” And they filled to up to the brim. 8 And he said to them, “Draw some out now, and take it to the master of the feast.” And they took it. 9 When the master of the feast had tasted the water that is made wine, and did not know where it came from (but the servants who had drawn the water knew), the master of the feat called the bridegroom, 10 And he said to him, “Every man at the beginning sets out the good wine, and when the guests have well drunk, then the inferior.  You have kept the good wine until now!” 11 This beginning of signs Jesus did in Cana of Galilee, and manifested His glory; and His disciples believe in Him. 12 After this He went down to Capernaum, He, His mother, His brothers, and His disciples; and they did not stay there many days.

To keep the length of posts shorter, I will not always include the actual scripture reading that goes along with the post. Instead, I will just list out where the text comes from. In this instance our reading comes from John 2:1-12 and is regarding Jesus attending a wedding at Cana and upon the urging of His mother, performs His first miracle by turning the water into wine.

To give us a little better reference of time, If Jesus had been baptized about the time of the Feast of Tabernacles, it would now be about the month of December. Some two months since he left Nazareth.

Wedding feasts would generally be held in the home of the groom and continued for several days, some lasting for a week.

Jesus had been called, or as some would say invited, having previously known of the wedding couple and therefore returned to Galilee at this time to attend the wedding. So, Jesus and his 5 disciples which consisted of John, Andrew, Peter, Philip and Nathanael, also attended perhaps being friends of the two families.

The fact that Jesus came to the wedding feast with his disciples, is proof that His work of ministry had already begun.

Whether there were more in attendance than what had been planned for, or the person who provided for the guests had miscalculated the amount needed, is not clear, for they ran out of wine.

As a dutiful son, Jesus had never failed to be attentive to the needs and desires of his mother and always found a suitable solution to every problem she brought His way.  But this was different, for it was obvious that Jesus did not have the money to go and purchase more wine, and as for performing a miracle, he had not yet performed any, so it is doubtful this entered her thinking.  Yet Mary’s confidence in her Son is noteworthy.  If she really truly believed Jesus to be the messiah, then she looked upon Him with faith believing that he was able to help no matter the situation.  She had total faith in her son and by faith told the others that they too should believe and by believing then do, whatever it was that he should tell them to do.

What a lesson for us all. For if we truly believe Jesus to be the Messiah, then why do we hesitate and move forward with little or no faith at all.

Jesus response was literally stated: “Woman, what to you, and to Me? Yet Mary refused to accept Jesus remarks as meaning he would do nothing.

Up to this time, although Jesus had disciples, he had been a relatively private individual.  But over the last few months he was no longer a private individual and Mary did not fully understand the limits this placed on her authority over her Son.  She felt it her right to some degree at least to direct Him in His mission.  Similar to the way all good and dutiful mothers, want to steer and direct their sons.  But Jesus with these seemly sharp words wanted to clearly state to her and others the distinction between His relation to her as a Son of man and as the Son of God.  His love for her was unchanged but now He must labor daily, not under her direction, but by the direction of His heavenly Father.

There is another factor as well, Mary knew Jesus was the long hoped for Messiah and in her own way she was pushing Jesus to declare himself as the Messiah and therefore the reason Jesus spoke the words, “My time is not yet come.”

How often like Mary do we seek to guide and direct Christ and our heavenly Father into doing what we desire. Instead after doing all we can do we should wait patiently for God the Father and Christ to work things out in their own time and their own way.

In our next post we will explore more about the events that took place during this wedding at Cana.