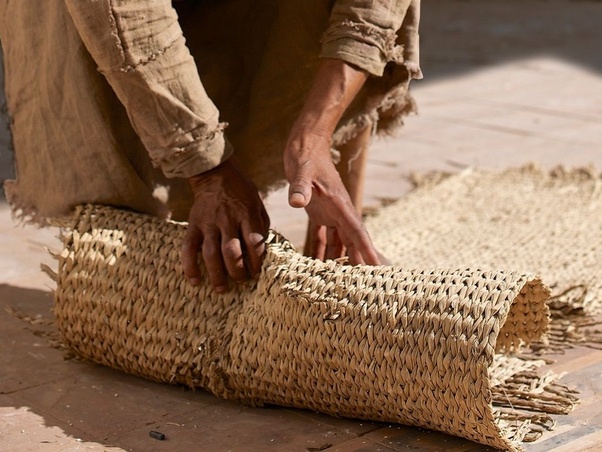 6b “He said to him, ‘Do you want to be made well?’ 7 The sick man answered Him, ‘Sir I have no man to put me into the pool when the water is stirred up; but while I am coming, another steps down before me.’ 8 Jesus said to him, ‘Rise, take up your bed and walk.’ 9 And Immediately the man was made well, took up his bed, and walked. And that day was the Sabbath. 10 The Jews therefore said to him who was cured, ‘It is the Sabbath; it is not lawful to for you to carry your bed.’”

A dozen or so years ago I had major back surgery. After surgery it was 24 hours before I was allowed out of bed and then only when I was wearing a brace to protect my back.   Once I was allowed to get out of bed, I was not allowed to do so without the aid of a nurses.

Shortly after the 24-hour waiting period was over, a big burly nurse came into the room with this strange looking contraption that looked like a harness. Indeed, that is exactly what it was, and she proceeded to strap it on me. Then she carefully helped me out of bed and then barked the order to walk.

After 24 hours of lying on my back, suffering from the effects of the surgery along with the fact that I had done very little walking since injuring my back my first step went ok. However, the second nearly sent me to the floor for I suddenly had no control or strength in my legs.

After thirty-eight years of not walking, unable to even support himself on his own two legs, this cripple lay on his mat looking into the face of Jesus. At first, he is unsure if he heard the words of Jesus correctly. “Did this man just say for me to take up my bed and walk.” Although the hesitation was just momentary, I like his response for the Bible says immediately the man was made well, took up his bed, and walked.

Think about the complexity of this miracle. Muscles that are unused, so become unusable. Yet the Bible says that immediately the memory returned to his muscles and the nerves that control the muscles fired off and the man gets up, takes up his bed and begins to walk.

What Joy this man had! No more did he have to worry about being trampled underfoot by others. He could leap and jump, he could walk and so he picked up his bed and began walking toward his home carrying his bed.

Then the Jews said to him, “It is the Sabbath; it is not lawful for you to carry your bed.”

Strange isn’t it. A miracle is performed, a man who could not walk physically and spiritually is given spiritual and physical healing, yet all the Jews want to do is criticize him for carrying his bed which was the equivalent of working.

Spiritually they were trying to walk all over him, just like it was when he lay by the pool of Bethesda.

How often as Christians are we concerned with making sure others are following the letter of the law only find out that law we thought they should be keeping was just man-made traditions. We become less concerned with the healing that takes place in the life of the individual that surrenders their life to God, and more about the traditions and man-made laws we feel that they should be keeping.

This is the first of seven miracles Christ performed on the Sabbath. Although we will not go through all seven, Christ performed these miracles to teach us about physical and spiritual healing, but also that on the Sabbath, we to are to be about the work of relieving the suffering of our fellow man as Christ was upon this Sabbath as He, the Lamb of God, walked toward the Sheep Gate as a symbol of His coming to heal the nations and bring spiritual healing to all those that are spiritually crippled.

In our next post, we will explore the response of this man in regards to the accusation by the Jews that he was working on the Sabbath.