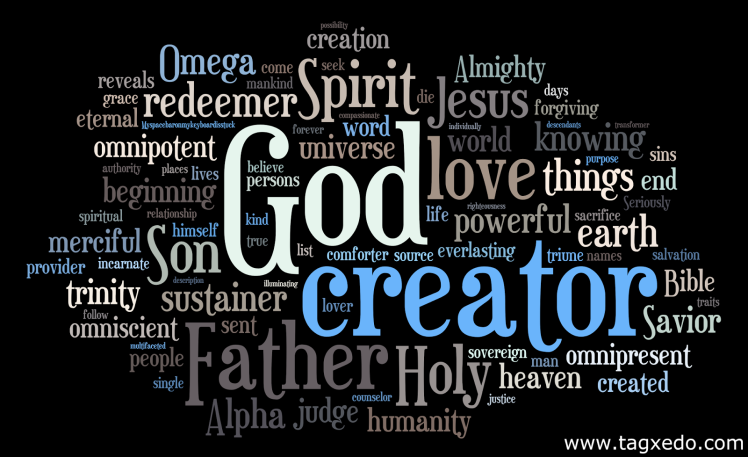 The Self-Existent Son of God

Jesus said unto them, Verily, verily, I say unto you, Before Abraham was, I am. John 8:58.

“Your father Abraham rejoiced to see my day: and he saw it, and was glad. Then said the Jews unto him, Thou art not yet fifty years old, and hast thou seen Abraham? Jesus said unto them, Verily, verily, I say unto you, Before Abraham was, I am.”

Here Christ shows them that, although they might reckon His life to be less than 50 years, yet His divine life could not be counted by human calculation. The existence of Christ before His incarnation is not measured by figures.

The prophet Micah writes of Him, “But thou, Bethlehem Ephratah, though thou be little among the thousands of Judah, yet out of you shall He come forth unto me that is to be ruler in Israel; whose goings forth have been from of old, from everlasting.”

Through Solomon Christ declared: “The Lord possessed me in the beginning of his way, before his works of old…. When he gave to the sea his decree, that the waters should not pass his commandment: when he appointed the foundations of the earth: then I was by him, as one brought up with him: and I was daily his delight, rejoicing always before him.”

In speaking of His preexistence, Christ carries the mind back through dateless ages. He assures us that there never was a time when He was not in close fellowship with the eternal God. He to whose voice the Jews were then listening had been with God as one brought up with Him.

Christ’s words were spoken with a quiet dignity and with an assurance and power that sent conviction to the hearts of the scribes and Pharisees. They felt the power of the message sent from heaven. God was knocking at the door of their hearts, entreating entrance.

He was equal with God, infinite and omnipotent…. He is the eternal, self-existent Son.

In Christ is life, original, unborrowed, underived. “He that hath the Son hath life” (1 John 5:12). The divinity of Christ is the believer’s assurance of eternal life. “He that believeth in me,” said Jesus, “though he were dead, yet shall he live: and whosoever lives and believes in me shall never die”…. Christ here looks forward to the time of His second coming (The Desire of Ages, 530).