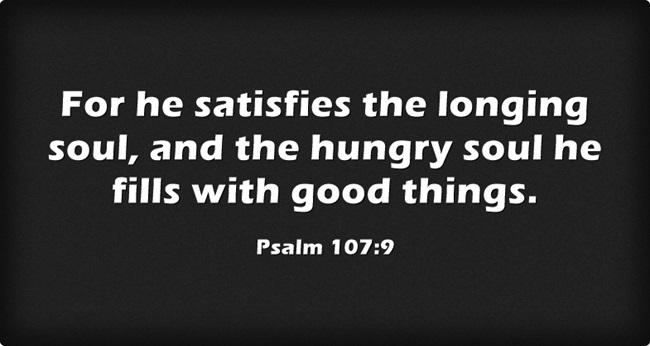 For there is one God, and one mediator between God and men, the man Jesus Christ; who gave himself a ransom for all. 1 Timothy 2:5, 6.

The Son of God was next in authority to the great Lawgiver. He knew that His life alone could be sufficient to ransom fallen man. He was of as much more value than man as His noble, spotless character, and exalted office as commander of all the heavenly host were above the work of man. He was in the express image of His Father, not in features alone, but in perfection of character.

The blood of beasts could not satisfy the demands of God as an atoning sacrifice for the transgression of His law. The life of a beast was of less value than the life of the offending sinner, therefore could not be a ransom for sin. It could only be acceptable with God as a figure of the offering of His Son.

Man could not atone for man. His sinful, fallen condition would constitute him an imperfect offering, and atoning sacrifice of less value than Adam before his fall. God made man perfect and upright, and after his transgression there could be no sacrifice acceptable to God for him, unless the offering made should in value be superior to man as he was in his state of perfection and innocence.

The divine Son of God was the only sacrifice of sufficient value to fully satisfy the claims of God’s perfect law…. Upon Christ no requirements were laid. He had power to lay down His life, and to take it again. No obligation was laid upon Him to undertake the work of atonement. It was a voluntary sacrifice that He made. His life was of sufficient value to rescue man from his fallen condition.

The Son of God was in the form of God, and He thought it not robbery to be equal with God. He was the only one, who as a man walked the earth, who could say to all men, Who of you convince me of sin? He had united with the Father in the creation of man, and He had power through His own divine perfection of character to atone for man’s sin, and to elevate him, and bring him back to his first estate.

The sacrificial offerings, and the priesthood of the Jewish system, were instituted to represent the death and mediatorial work of Christ. All those ceremonies had no meaning, and no virtue, only as they related to Christ, who was Himself the foundation of, and who brought into existence the entire system. The Lord had made known to Adam, Abel, Seth, Enoch, Noah, Abraham, and the ancient worthies, especially Moses, that the ceremonial system of sacrifices and the priesthood, of themselves, were not sufficient to secure the salvation of one soul.

The infinite sacrifice that Christ voluntarily made for man remains a mystery that angels cannot fully fathom.