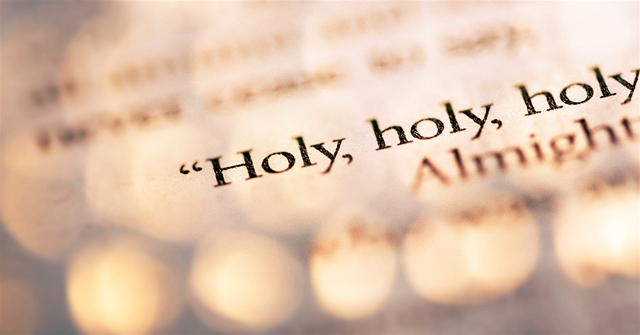 Every priest stands daily at his service, offering repeatedly the same sacrifices, which can never take away sins. But when Christ had offered for all time a single sacrifice for sins, he sat down at the right hand of God. Hebrews 10:11, 12, RSV.

In patriarchal times the sacrificial offerings connected with divine worship constituted a perpetual reminder of the coming of a Saviour, and thus it was with the entire ritual of the sanctuary services throughout Israel’s history. In the ministration of the tabernacle, and of the Temple that afterward took its place, the people were taught each day, by means of types and shadows, the great truths relative to the advent of Christ as Redeemer, Priest, and King; and once each year their minds were carried forward to the closing events of the great controversy between Christ and Satan, the final purification of the universe from sin and sinners.

The sacrifices and offerings of the Mosaic ritual were ever pointing toward a better service, even a heavenly. The earthly sanctuary was “a figure for the time then present,” in which were offered both gifts and sacrifices; its two holy places were “patterns of things in the heavens”; for Christ, our great High Priest, is today “a minister of the sanctuary, and of the true tabernacle, which the Lord pitched, and not man” (Hebrews 9:9, 23; 8:2).

From the day the Lord declared to the serpent in Eden, “I will put enmity between thee and the woman, and between thy seed and her seed” (Genesis 3:15), Satan has known that he can never hold absolute sway over the inhabitants of this world. When Adam and his sons began to offer the ceremonial sacrifices ordained by God as a type of the coming Redeemer, Satan discerned in these a symbol of communion between earth and heaven. During the long centuries that have followed, it has been his constant effort to intercept this communion. Untiringly has he sought to misrepresent God and to misinterpret the rites pointing to the Saviour.

While God has desired to teach men that from His own love comes the Gift which reconciles them to Himself, the archenemy of mankind has endeavored to represent God as one who delights in their destruction. Thus the sacrifices and ordinances designed of Heaven to reveal divine love have been perverted.

In word and in deed the Messiah, during His earthly ministry, was to reveal to mankind the glory of God the Father. Every act of His life, every word spoken, every miracle wrought, was to make known to fallen humanity the infinite love of God.

Thus, through patriarchs and prophets, as well as through types and symbols, God spoke to the world concerning the coming of a Deliverer from sin.