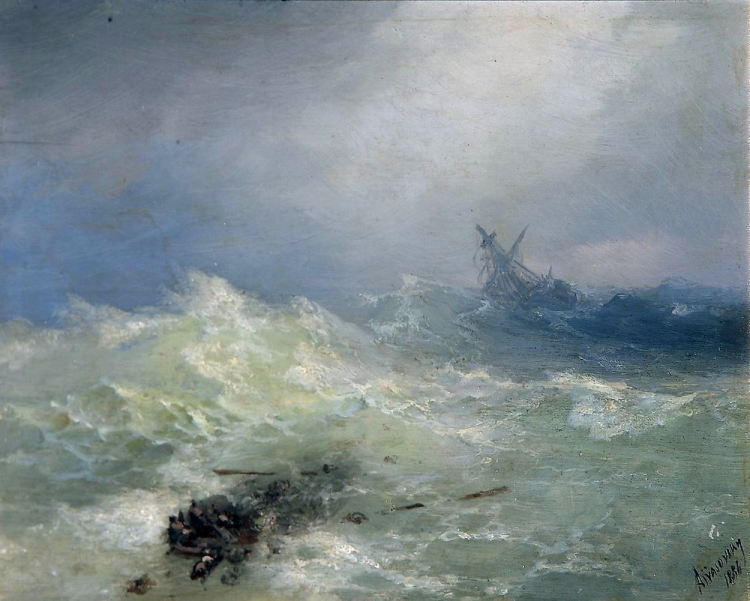 Power Over the Tempest

And he arose, and rebuked the wind, and said unto the sea, Peace, be still. And the wind ceased, and there was a great calm. And he said unto them, Why are ye so fearful? how is it that ye have no faith? Mark 4:39, 40.

It had been an eventful day in the life of Jesus. Beside the Sea of Galilee He had spoken His first parables, by familiar illustrations again explaining to the people the nature of His kingdom….
All day He had been teaching and healing; and as evening came on the crowds still pressed upon Him…. Now the close of the day found Him so utterly wearied that He determined to seek retirement in some solitary place across the lake.

The Saviour was at last relieved from the pressure of the multitude, and, overcome with weariness and hunger, He lay down in the stern of the boat, and soon fell asleep. The evening had been calm and pleasant, and quiet rested upon the lake; but suddenly darkness overspread the sky, the wind swept wildly down the mountain gorges along the eastern shore, and a fierce tempest burst upon the lake.

The waves, lashed into fury by the howling winds, dashed fiercely over the disciples’ boat, and threatened to engulf it. Those hardy fishermen had spent their lives upon the lake, and had guided their craft safely through many a storm; but now their strength and skill availed nothing. They were helpless in the grasp of the tempest, and hope failed them as they saw that their boat was filling.

Absorbed in their efforts to save themselves, they had forgotten that Jesus was on board. Now, seeing their labor vain and only death before them, they remembered at whose command they had set out to cross the sea. In Jesus was their only hope. In their helplessness and despair they cried, “Master, Master!” But the dense darkness hid Him from their sight. Their voices were drowned by the roaring of the tempest.

Suddenly a flash of lightning pierces the darkness, and they see Jesus lying asleep, undisturbed by the tumult. In amazement and despair they exclaim, “Master, care You not that we perish?”  As the lightning’s glare reveals Him, they see the peace of heaven in His face; they read in His glance self-forgetful, tender love, and, their hearts turning to Him, cry, “Lord, save us: we perish.”

Never did a soul utter that cry unheeded. As the disciples grasp their oars to make a last effort, Jesus rises. He stands in the midst of His disciples, while the tempest rages…. He lifts His hand, so often employed in deeds of mercy, and says to the angry sea, “Peace, be still”.  As Jesus rested by faith in the Father’s care, so we are to rest in the care of our Saviour