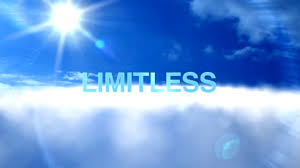 Scientific research will open to the minds of the really wise vast fields of thought and information. They will see God in His works, and will praise Him. He will be to them first and best, and the mind will be centered upon Him. Skeptics, who read the Bible for the sake of caviling, through ignorance claim to find decided contradictions between science and revelation. But man’s measurement of God will never be correct. The mind unenlightened by God’s Spirit will ever be in darkness in regard to His power.

Spiritual things are spiritually discerned. Those who have no vital union with God are swayed one way and another; they put men’s opinions in the front, and God’s Word in the background. They grasp human assertions, that judgment against sin is contrary to God’s benevolent character, and, while dwelling upon infinite benevolence, try to forget that there is such a thing as infinite justice.

When we have right views of the power, greatness, and majesty of God, and of the weakness of man, we shall despise the assumptions of wisdom made by earth’s so-called great men, who have none of Heaven’s nobility in their characters. There is nothing for which men should be praised or exalted. There is no reason why the opinions of the learned should be trusted, when they are disposed to measure divine things by their own perverted conceptions. Those who serve God are the only ones whose opinion and example it is safe to follow. A sanctified heart quickens and intensifies the mental powers. A living faith in God imparts energy; it gives calmness and repose of spirit, and strength and nobility of character.

Men of science think that with their enlarged conceptions they can comprehend the wisdom of God, that which He has done or can do. The idea largely prevails that He is bounded and restricted by His own laws. Men either deny and ignore His existence, or think to explain everything, even the operations of His Spirit upon the human heart, by natural laws; and they no longer reverence His name or fear His power. While they think they are gaining everything, they are chasing bubbles, and losing precious opportunities to become acquainted with God. They do not believe in the supernatural, not realizing that the Author of nature’s laws can work above those laws. They deny the claims of God, and neglect the interests of their own souls; but His existence, His character, His laws, are facts that the reasoning of men of the highest attainments cannot overthrow….
Nature is a power, but the God of nature is unlimited in power. His works interpret His character

One thought on “Unlimited in Power”