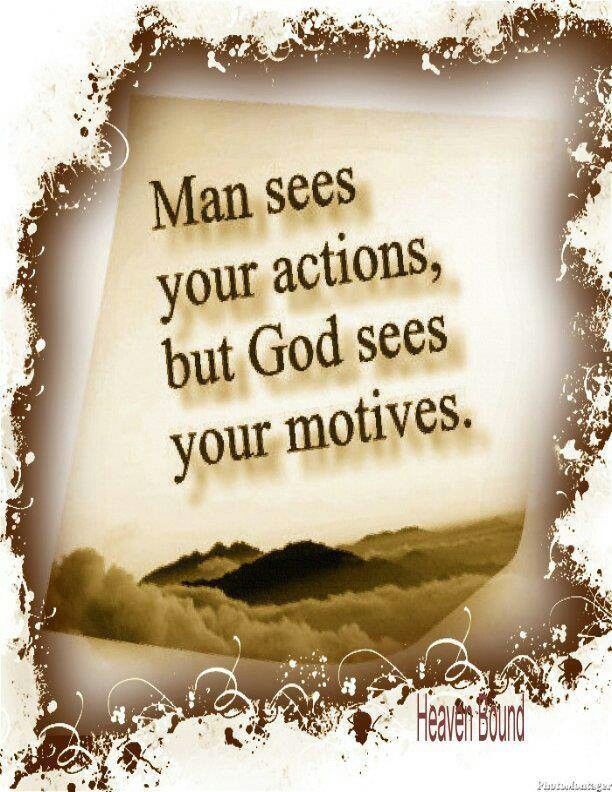 He Understands Our Motives

And he called his disciples to him, and said to them, “Truly, I say to you, this poor widow has put in more than all those who are contributing to the treasury. Mark 12:43, RSV.

Jesus was in the court where were the treasure chests, and He watched those who came to deposit their gifts. Many of the rich brought large sums, which they presented with great ostentation. Jesus looked upon them sadly, but made no comment on their liberal offerings. Presently His countenance lighted as He saw a poor widow approach hesitatingly, as though fearful of being observed. As the rich and haughty swept by, to deposit their offerings, she shrank back as if hardly daring to venture farther. And yet she longed to do something, little though it might be, for the cause she loved.

She looked at the gift in her hand. It was very small in comparison with the gifts of those around her, yet it was her all. Watching her opportunity, she hurriedly threw in her two mites, and turned to hasten away. But in doing this she caught the eye of Jesus, which was fastened earnestly upon her.

The Saviour called His disciples to Him, and bade them mark the widow’s poverty. Then His words of commendation fell upon her ear: “Of a truth I say unto you, that this poor widow hath cast in more than they all.” Tears of joy filled her eyes as she felt that her act was understood and appreciated. Many would have advised her to keep her pittance for her own use; given into the hands of the well-fed priests, it would be lost sight of among the many costly gifts brought to the treasury. But Jesus understood her motive. She believed the service of the Temple to be of God’s appointment, and she was anxious to do her utmost to sustain it. She did what she could, and her act was to be a monument to her memory through all time, and her joy in eternity. Her heart went with her gift; its value was estimated, not by the worth of the coin, but by the love to God and the interest in His work that had prompted the deed.

It is the motive that gives character to our acts, stamping them with ignominy or with high moral worth. Not the great things which every eye sees and every tongue praises does God account most precious. The little duties cheerfully done, the little gifts which make no show, and which to human eyes may appear worthless, often stand highest in His sight. A heart of faith and love is dearer to God than the most costly gift…. It was this unselfish spirit and childlike faith that won the Saviour’s commendation.

Among the poor there are many who long to show their gratitude to God for His grace and truth…. Let them lay up their mites in the bank of heaven. If given from a heart filled with love for God, these seeming trifles become consecrated gifts, priceless offerings, which God smiles upon and blesses