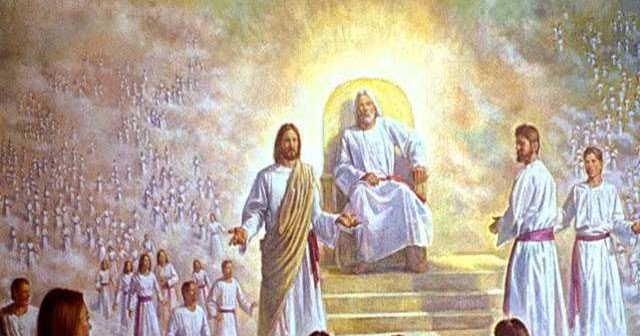 At the Right Hand of God

I see the heavens opened, and the Son of man standing on the right hand of God. Acts 7:56.

Stephen, the foremost of the seven deacons, was a man of deep piety and broad faith….
As the priests and rulers saw the power that attended the preaching of Stephen, they were filled with bitter hatred. Instead of yielding to the evidence that he presented, they determined to silence his voice by putting him to death.

The priests and rulers could not prevail against the clear, calm wisdom of Stephen. They determined to make an example of him, and while they thus satisfied their revengeful hatred, prevent others, through fear, from adopting his belief. Witnesses were hired to bear false testimony that they had heard him speak blasphemous words against the Temple and the law.

When Stephen was questioned as to the truth of the charges against him, he began his defense in a clear, thrilling voice, which rang through the council hall…. He saw the resistance that met his words, and knew that he was giving his last testimony. When he connected Christ with the prophecies, and spoke as he did of the Temple, the priest, pretending to be horror-stricken, rent his robe. To Stephen, this act was a signal that his voice would soon be silenced forever. Although in the midst of his sermon, he abruptly concluded it…. The prisoner read his fate in the cruel faces about him, but he did not waver. The fear of death was gone. The enraged priests and the excited mob had no terror for him. The scene before him faded from his vision. To him the gates of heaven were ajar, and looking in, he saw the glory of the courts of God, and Christ, as if just risen from His throne, standing ready to sustain His servant, who was about to suffer martyrdom for His sake. In words of triumph Stephen exclaimed, “I see the heavens opened, and the Son of man standing on the right hand of God.”

As he described the glorious scene opened before him, it was more than his persecutors could endure. Stopping their ears, that they might not hear his words, and uttering loud cries, they ran furiously upon him with one accord. “And they stoned Stephen, calling upon God, and saying, Lord Jesus, receive my spirit. And he kneeled down, and cried with a loud voice, Lord, lay not this sin to their charge. And when he had said this, he fell asleep.”

The signet of God upon Stephen’s face, and his words, which reached the very souls of those who heard them, remained in the minds of the beholders, and testified to the truth of that which he had proclaimed (The Review and Herald, February 23, 1911).