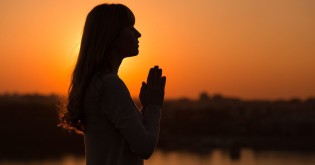 The law of the Lord is perfect, converting the soul. Psalm 19:7.

Ezra’s motives were high and holy; in all that he did he was actuated by a deep love for souls. The compassion and tenderness that he revealed toward those who had sinned, either willfully or through ignorance, should be an object lesson to all who seek to bring about reforms. The servants of God are to be as firm as a rock where right principles are involved; and yet, withal, they are to manifest sympathy and forbearance. Like Ezra, they are to teach transgressors the way of life by inculcating principles that are the foundation of all right-doing.

In this age of the world, when Satan is seeking, through manifold agencies, to blind the eyes of men and women to the binding claims of the law of God, there is need of men who can cause many to “tremble at the commandment of our God” (Ezra 10:3). There is need of true reformers, who will point transgressors to the great Lawgiver and teach them that “the law of the Lord is perfect, converting the soul” (Psalm 19:7). There is need of men mighty in the Scriptures, men whose every word and act exalts the statutes of Jehovah, men who seek to strengthen faith. Teachers are needed, oh, so much, who will inspire hearts with reverence and love for the Scriptures.

The widespread iniquity prevalent today may in a great degree be attributed to a failure to study and obey the Scriptures, for when the Word of God is set aside, its power to restrain the evil passions of the natural heart is rejected.

In the last days of this earth’s history the voice that spoke from Sinai is still declaring, “Thou shalt have no other gods before me” (Exodus 20:3). Man has set his will against the will of God, but he cannot silence the word of command. The human mind cannot evade its obligation to a higher power. Theories and speculations may abound; men may try to set science in opposition to revelation, and thus do away with God’s law; but stronger and still stronger comes the command, “Thou shalt worship the Lord thy God, and Him only shalt thou serve” (Matthew 4:10)