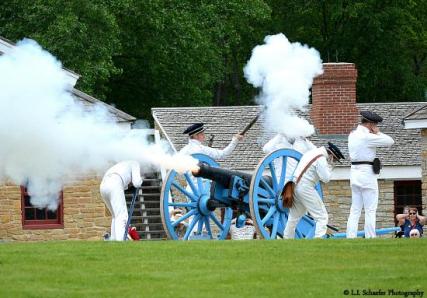 Major Themes in the book of Galatians

As with all the book in the Bible, Galatians is broken into four themes or sections. Not only do the first two chapters explain the history, but they also service to establish apostolic authority. Chapters three and four explains the essential of our salvation. The final chapters, chapters five and six, deal with holiness. Yet running through all six chapters is the overarching importance of the unity of God’s people.

To fully cover these four aspects of Galatians, we may to break this into four smaller units. But let’s try and cover here, and see what happens.

In Galatians, authority was an issue of fundamental importance and should be in every church. For a church to thrive and grow, it needs to be rely on its duly appointed leadership. Duly appointed in that the leaders have been sought out by the congregation and confirmed by the Holy Spirit.

In Galatia they had an interesting situation. Their local church leadership had become divided. Those that sympathized with the Judaizers. These Judaizers had the backing of the Jerusalem church. This brought them a certain amount of prestige for they claimed to have the backing of the original Apostles that remained in Jerusalem.

The other group were supporters of Paul along with his missionary friends. The problem was that the Judaizers, who had this idea that the law was to be strictly followed to the point that works became more important than faith and in the process righteousness and justification were lost in the fray.

Paul contended by stating, “You are correct in that the law is indeed important, but the law cannot and will not save you. It is only by faith in the atoning sacrifice of Christ that will save us. It is Christ, Christ’s righteousness and our faith in Christ’s righteousness that will save us. But it goes beyond just faith for there is justification as well. Justification in theology, remission of sin and absolution from guilt and punishment; or an act of free grace by which God pardons the sinner and accepts him as righteous, on account of the atonement of Christ. Paul then continues by stating that although we are saved by faith in Christ’s righteousness and justified by his atoning sacrifice, and because of this begin to treat the law as our friend, not our enemy.

What is trying to be said is this. Because we have been forgiven (justified), by our acceptance by faith of Christ’s righteousness we will feel it a privilege to keep God’s law, not a burden.

Strangely, we covered some of this under apostolic authority. However, this is such an important topic it doesn’t hurt repeating it a second time. According to Paul, there is only one Gospel. I think we can all agree on that, yet I might be wrong. Two of the major points Paul emphasized is the cross of Christ and the second is Justification by faith.

Paul makes a point in his introduction to Galatians (Galatians 1:4) that Jesus “gave Himself for our sins to deliver us from the present evil age.” Paul continued by stating that “Christ redeemed us from the curse of the law, having become a curse for us – for it is written, ‘Cursed be everyone who hang on a tree (Galatians 3:13).

Paul passionately described his own ministry as portraying the crucified Christ before his hearers (verse 1). He further stated he never boasted except in the cross of our Lord Jesus Christ (6:14). For Paul the every center of everything was the “Son of God, who loved me and gave Himself for me” (Galatians 2:20).

Paul taught and Christ Himself taught that were are justified by faith in Christ Jesus who died for our sins. Faith is the means by which people appropriate the blessings of Christ’s sacrifice on the cross. Such faith unites believers to Christ. It is through Christ that they receive justification (verse 16), along with the gifts of the Holy Spirit.

But Faith in Christ’s atoning sacrifice also causes us to be adapted into the Abrahamic covenant promise (Galatians 3:26-4:7). This makes us part of Israel, Spiritual Israel and according to I Peter 2:9, 10; “a chosen generation, a royal priesthood, a holy nation, His own special people, . . . who once were not a people but are now the people of God. “ It means by accepting by Faith the promise given we have obtained the mercy of God.

But standing over against the validity of faith in getting with God in Galatians is this little problem of the law. Perhaps little is the wrong word, perhaps big problem of the law is more fitting. Yet according to Peter and Paul the only way of being justified is the only way to salvation and salvation cannot be achieved through the law. As Paul said: “For if justification were through the law, then Christ died to no purpose” (Galatians 2:16, 21).

Believing rather than doing is our only means of justification and the object of that belief if Christ. What did Christ do for us? He died on the cross for each person that has ever walked upon the face of the earth. All they needed was a faith in his atoning sacrifice.

Yet as we shall see in coming weeks, the law is still important. Why? Because by keeping the law of God, we show that we love God.

Paul states it so plainly when we says, “Do not use your freedom (from the law) as an opportunity for the flesh (sin) (Galatians 5:13). To the contrary, faith expresses itself in love which is the heart and summary of the law (verses 6, 14).

Thus, those that exercises their faith instead of desiring things of the flesh, will let Christ develop within them the fruit of the Holy Spirit. Galatians 5:22, 23 lists the fruit of the spirit. They are to live as God’s holy people, and holiness will characterize their relationships with others.

The Unity of God’s People

Paul masterfully develops his argument for justification by faith in order to correct a social problem. What is the problem he is trying to address? That is, that Gentile believers have been excluded from Christian fellowship by the Jewish believers.

Paul argues that there is unity and equality of all in Christ and his atoning sacrifice. He argues, “There is neither Jew nor Greek, slave nor free, male nor female, for you are all one in Christ Jesus.”

Oh, if only the entire world of Christians would and could remember those worlds, what a different place this earth would be. For Faith in Christ unites individual with God’s people in both the past and the present.