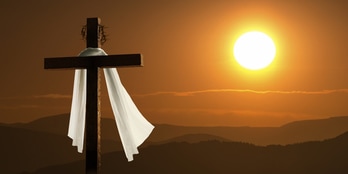 Gospels in Conflict and Paul’s Authority

If any one is preaching to you a gospel contrary to that which you received, let him be accursed. Galatians 1:9b

There is no one in the New Testament who provides such explicit teachings on the nature of salvation than Paul. As he himself noted to the Ephesians, “By grace you have been saved through faith; and this is not your own doing, it is the gift of God – not because of works, lest any man should boast (Ephesians 2:8, 9).

Yet in Galatians, it was this very gospel of grace alone through faith alone that was under attack. It was under attack by those coming from Jerusalem and the center of their attack was to undermine Paul’s authority. They attempted to make him out to be a second-rate apostle at best. Thus being second rate, they implied that his teachings were not to be taken seriously. And, to Paul’s amazement, the church members is Galatia had swallowed this teaching by the persons from Jerusalem.

Paul’s apostleship and his Gospel (Galatians 1:1-5).

As mentioned last week, Paul wasted little time firing a cannon shot across the bow of the Galatian church. From verse one on Paul move right to the heart of the accusations against him.

Paul an apostle (not from men nor through man, but through Jesus Christ and God the Father who raised Him (Jesus) from the dead), and all the brethren who are with me. (Galatians 1:1, 2).

The early Christian church only recognized those who had witnessed Jesus after his resurrection as true apostles. Yet Paul called himself an apostle and was recognized as so by his contemporary Peter. Yet Paul as far as we know, did not see Christ during the forty days after this resurrection before his ascension. Then, what or how did Paul get his recognition as an apostle?

Paul asserts he was an apostle because he had indeed seen the risen saviour, not during the 40 days Christ remained on earth after his resurrection, but as Paul says, because his encounter with Christ on the road to Damascus (see Acts 9:1-22).

Paul since that special even that happened on the Damascus roadway had claimed that he too had encountered, witnessed the risen Saviour. This bears out in his testimony of I Corinthians 15:5-8; After He had revealed Himself to the apostles and others, Jesus “last of all, as to one untimely born, . . . appeared also to me.”

Let’s stop for just a second to understand what the word “apostle” means. The Greek word is Apostolos, which means, one who is sent. In the Jewish world, it meant one who was sent by the Sanhedrin and the priests. The group would have recommended (the Sanhedrin) while the priests would have commissioned them.

Thus, Paul fires a warning shot across the bow of the Galatian church and then pronounces his usual graces and blessings upon the church in Galatia. I am sure this must have caused the readers of his letter to sit up and take notice

The words “Grace” and “Peace” carry such heavy meaning. Paul is saying that Grace (charis) is that which fills with joy, and in the Christian context nothing can bring more joy than what God has done for us in Christ. Peace is also directly related to what the Lord has done for Christians through the life, death, and heavenly ministry of Jesus. It was and is a word of great importance to Paul, who taught that all people were under the curse of the penalty of the broken law, but that “Christ redeemed us from the curse of the law, having become a curse of us” in his sacrifice on Calvary (Galtains3:10-13; compare Romans 6:23; Romans 3:21-25).

For Paul, the result of accepting Christ’s sacrifice by faith is both justification and peace with God (Romans 5:1). Those who have accepted Christ have been reconciled to God by the death of his Son. They are no longer God’s enemies but have peace with Him and, by extension, with other people and with themselves. It is not an accident that Paul frequently combined grace and peace in his greetings, and both came from deep within his heart for it was at the heart of his understanding of the gospel.

Galatians 1:4 brings the Gospel to the front where P:aul writes of “Jesus Christ, who gave himself for our sins to deliver us from the present evil age, according to the will of our God and Father.” The heart of Paul’s gospel is that Jesus “gave himself for our sins” that we might be delivered. Salvation is not the result of out actions but of His. It is not the consequence of some great thing that we as human beings do as an offering to or an appeasement of God but something done for us by Jesus who bore our sins and took our place on the tree of Calvary (Galatians 3:13). Here we have the core of Paul’s understanding of the good news.

Paul continually throughout all his letters emphases the foundation of the gospel is that salvation rests on what God has done for us in Christ rather than on something we must do for Him. It is that teaching that the false teachers who have invaded Galatian congregations now challenge.

The church in Galatians has thrown done the gauntlet, Paul has picked it up. These false teachers as a way of discrediting his gospel question his authority as an apostle. Paul defends his apostleship as the vindication of his understanding of the gospel.

Paul provides the Galatian church and us with what is probably the earliest written statement in the New Testament about the significance of the death of Christ.

What is that significant statement? It relates not only with the death of Christ to forgiveness of His people’s sins but also to their deliverance from the present evil age (Galatians 1:4).

The Jews believed time was divided into two ages: the present and the age to come. The early Christians adopted that idea. Thus, for Paul, Christians have in a sense already been saved. God has rescued, delivered and emancipated them from a state of bondage, from this “present evil age.”