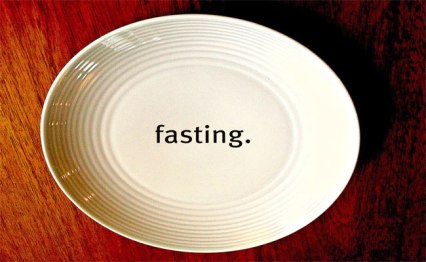 There is a lot rolled into these next five verses of the second chapter of Mark. We may have to break it into two separate sections.

Have you ever been hungry? Oh, sure we all have been when we skip a meal because life just got in the way. But have you ever really skipped more than one meal in a row. I’m sure some have, perhaps not because they wanted to, because they were forced by others or there was just a shortage of food.

But when you have food to eat, plenty of food to eat and you purposely choose not to, what’s up? Please, for anyone that has or has had an eating disorder this is not a slam against you. I get it, I understand. Rather, I’m talking Pharisee and disciples and many of the Jewish people purposely not eating for a day. What did they expect to gain?

Does this mean that today, there are members of the church that are treated differently than others? Is this right?

Let us look at this just a moment. Pastors, local church elders, ministers of the gospel should be held to a higher standard because of the vary position they hold. Don’t get me wrong, I do not think they are better than anyone else, I am saying by nature of their position in the church they should be held accountable for their actions. Why? Because they are visible and God’s appointed representatives here on earth. When they fall to temptation, they have greater potential of affecting more lives, harming more lives and impeding the gospel message in a bigger way. Therefore, they should be held accountable to for their actions. They also have the responsibility to at all time remain connected to the source of their strength, which is God Himself.

For us to better understand, we need to take a brief excursion into the past practice of fasting. When Jesus was on earth it was not unusual for Jews to fast on the second and fifth days of the week. This would be our Monday and Thursday. Jewish tradition attributes this custom to the story that Moses began his 40-day fast on Mount Sinai (see Exodus 34:28) on Thursday and terminated it on a Monday, it seems probable that the observance of these two days as fasts actually arose from the desire to keep them as far as possible from the Sabbath and at the same time not to have them to close together. There are some scholars that indicate the reason these two days were chosen is not entirely clear, but it seems probably that they arose through a desire on the part of particularly earnest people who would seek to atone for worldliness of the nation, which they felt was fast bringing on its destruction. Better motives among the Jews indicates that fasting was undertaken by individuals in order to make good a misdeed or to ensure the favorable answer to a prayer of fulfillment of a wish. Indeed, many seem to have fasted because they believed such an act earned special merit for them before God.

These uses of fasting rested of course, upon a misconception of the character of God and of the nature of righteousness. Too often fasting degenerated into a means of righteousness by works through which men hoped to appease the harsh God and earn His favor, regardless of the state of the hearts.

Centuries before the time of Jesus the prophets had denounced such ideas, declaring that God had come to abhor Israel’s fasts and other religious observances (Isaiah 58:3-5; Zechariah 7:5, 6).

There are times when a Christian needs keenness of thought and discriminating judgment; he may have important decision to make or may need to discern more clearly the will of God. Under such circumstances fasting can prove a great blessing. Such fasting may not necessarily mean complete abstinence from food, but a diet limited to simple essential for maintaining health, sharpness of mind.

Jesus response to the question was bold and came very close to declaring Himself the Messiah, well actually he did, but they failed to see the metaphor.

Jewish Marriage celebrations lasted seven days and featured much feasting and drinking of what was supposed to be non-alcoholic grape juice or as the Bible often calls it wine. (see John 2:1-12)

So this would be a time when those invited by the Groom to the wedding party, would forgo the usual twice a week fast and spend time celebrating with the bride and groom. As long as the groom was with his wedding guests the feasting and drinking would continue.

All through Scripture Christ’s true church has been referred to as His bride. Here Christ is calling Himself the Bridegroom (see Isaiah 62:5 confer Hosea 1:2; John 3:25-30). Christ is the bridegroom, then all those associated with Christ would have been partaking in the special blessing of life with Christ. They would have been feasting upon the words, deeds, and actions of Christ, so there was indeed no need for further fasting, in order to gain a spiritual blessing, because the One that imparted the blessing was there with them.

In verse 20 Jesus continues by declaring his death, burial, resurrection, and ascension into heaven by saying: 20 But the days will come when the bridegroom will be taken away from them, and then they will fast in those days.”

Jesus main concern for addressing all this was the heavy burden that so many religious leaders placed upon the people. These traditional elements had been elevated to a position of such honor and importance that at time they were allowed even to counteract the true spirit of the law of Moses. This form of religion that the scribes and Pharisees sought to impose upon the people rendered their worship of God “vain” and meaningless.

Over the next two verses Jesus sought to show to His listeners the incompatibility of His teachings with those of the scribes, and so some degree with the disciples of John the Baptizer. At the same time Jesus defended His own disciples against the charge that they did not conform to tradition. He declared that the implied ritual practices were to be subordinate to concerns of higher importance, which is the example of the new wine and the new cloth.

But Jesus went further in teaching the irreconcilable difference between the new teaching and the old. He taught that cultural theology (the old) and ritual observance to that theology is of no value.

For the disciples of John the Baptist, Jesus taught that if they truly believed the teachings of their master, then they would also accept His teaching also.

For us today, Jesus asks as he did to those listening two millenniums ago, “How can you continue to hold on to the traditions of man and expect the teachings of the gospel to be a patchwork for that which is old, torn and worn?” The gospel message is not a patchwork that can be applied to anything that is made of man’s own theology. Instead it brings the teachings of the first testament into greater light and understanding as the teachings of the first testament bring light unto the second testament which is the gospel, the Good News of Salvation and a God wanting to be with his people and is ever seeking, searching, longing to be reunited with His earth children.

Christ ends his discussion by turning the attention to new wine. This is less about what is acceptable to drink than the meaning of what is new wine and what is old wine.

Fermentation is the process described in the Bible in which something which is new, pure and clean such as grape juice is then made corrupted by the process of fermentation.

Therefore, if the gospel message is likened unto new wine, then we cannot put that new wine in a container that has already been used to keep wine because the bacteria that is housed within the skin of the wine sack will cause that which is placed in it to become contaminated or fermented (sin ruins all it comes in contact with). What Jesus is saying is that he came to present the gospel message in a new and fresh way. Relieving the stress and burden of manmade traditions and manmade theology. Jesus came to give us not a new glimpse at the Father but a clearer image of who the Father is and what His Character is truly like. If we take this New Picture of God the Father and house it within the skin of cultural traditions, then the gospel message in it purity will be ruined.

As I studied and prayed about this, I suddenly thought, what are the traditions that I hold deep. What are the cultural traditions that have become like theology that is keeping me from really experiencing the gospel message in a new and refreshing manner. As a congregation, what theology are we clinging to, that which is grounded in Biblical Truth or that which has over time been accepted as theology, but is strictly made up of manmade traditions.

I cannot help but think of the parable told by Christ which is found in Matthew 7:24-28. We all know the story well, it is about two men that build houses, one upon the Rock and the other upon the sand. My friends when we build our theology upon the traditions of man, it cannot and will not stand up to the storm that is coming. We if expect that it will, then like new wine in an old sack, it will burst and ruin it all. We also cannot ever expect the garment we are wearing to be patched by the gospel, instead we must set it aside and instead of patching that old garment of tradition, we must set it aside for the garment of Christ’s righteousness which can only be obtained through faith in God’s grace. That faith in God’s grace must and can only be fully achieved when anything that is unholy, our traditions, our manmade passions and desire and our manmade theology are set aside. Then, and only then will be we ready for God’s coming. Amen