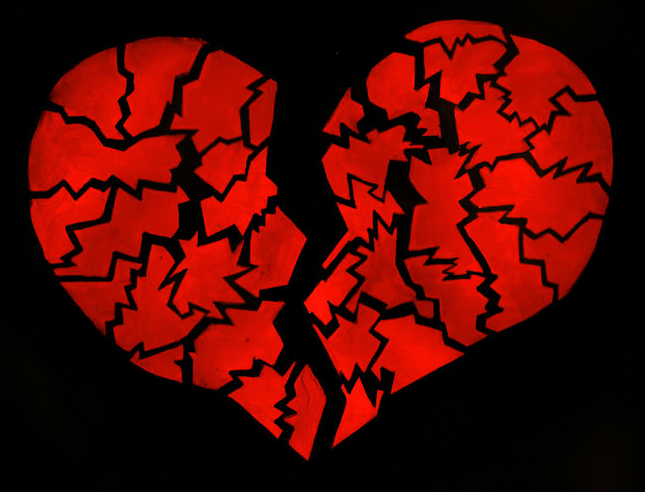 Defilement Comes From Within part A

Ok, here it comes, I am about to step on toes. Or as some congregations put it, “The preacher is about to stop preaching and start meddling.” Actually, I’m not, but Jesus is about to.

We have heard this before in earlier posts when Jesus spoke out against the traditions of man verses the law of God, or rather what the scripture says. But the attack by those from Jerusalem, seems to be stronger, more pointed. Perhaps mixed with more hatred than before.

Before we continue, let’s set the scene. Mark, for some reason passes over two significant incidents. One which took place in the synagogue at Capernaum, when at the close of the discourse on the Bread of Life, popular sentiment in Galilee turned against Jesus (See John 6:25-7:1). The other significant event was that Jesus had skipped the customary trip to Jerusalem for the Passover. Instead, he remained in Galilee quietly ministering to the needs of the people.

The popularity, and Jesus absence from the Passover celebration, caused the Sanhedrin to dispatch a delegation to Galilee for the sole purpose of seeking an excuse to bring the ministry of Jesus to a close. What better way to accomplish this, than by focusing on the law, and tradition. They, the scribes and Pharisees, intended to attribute to Jesus, disregard of their laws and traditions. But they also wanted to avoid offending those who thought well of Jesus.

There is another important point to consider, which is, the leaders in Jerusalem looked upon the illiterate and simple people of Galilee with contempt and commonly referred to them as ‘amme ha’ares,’ literally, “people of the soil.” It was in the company of such a crowd of these simplehearted Galileans that the present encounter took place.

2 “Now, when they saw some of His disciples eat bread (food in general) with defiled, that is, with unwashed hands they found fault.”

We all would hope the disciples washed their hands before eating, but this is not what is being referred to here. The washing referred to here was strictly ritualistic, not sanitary. I’ll explain this in a moment, but let’s continue reading Mark.

3 For the Pharisees and all the Jews do not eat unless they wash their hands in a special way, holding the traditions of the elders. 4 When they come from the marketplace, they do not eat unless they wash. And there are many other things which they have received and hold, like the washing of cups, pitchers, copper vessels and couches. 5 Then the Pharisees and scribes asked Him, “Why do Your disciples not walk according to the tradition of the elders, but eat bread with unwashed hands?”

Let’s unpack this by explaining this handwashing. Mark defines what he means by “defiled” by referring to the ritualistic hand washing which was done as follows. In a container that was about half the size of an egg shell, it was filled with water and then poured first into the palm of one hand and then the palm of the other hand. Next the water was gently swirled around letting the water run to the tips of the fingers and then to the wrist. But the water could travel no further than the wrist, and being careful that the water did not run back into the palm. This was done first in one hand and then the other. Then one palm would be rubbed against the other and one was now pronounced clean. But get this, if no water was available, you could pretend to wash your hands using nothing at all, just pretending there was water and still be pronounced clean.

The other item we should define is; “What are traditions.” The Greek word is paradosis, which literally means, “a giving up, “ or a Giving over”; hence, “a tradition, which is given over to someone by word of mouth or by writing.   As used in the Gospels pardosis refers to the massive body of oral, rabbinical regulations that had grown up around the Torah (the first five books of our old testament that were written by Moses, see Deuteronomy 31:9; Proverbs 3:1). Here comes the point of contention. The traditions of the rabbis were the specific target of Jesus’ attacks upon the Jewish religious system of His day. To further clarify, our English word “tradition” means “that which is handed down (that is from teacher to pupil, or from generation to generation). In the process of time, this oral tradition was originally intended to protect the written law of the Old Testament, but over time it came to be considered more sacred than the law itself. Presumably, by a mechanical obedience to these requirements of oral tradition, a person would automatically be keeping the written law, including the Ten Commandments. In other words, if a person complied with the letter of the traditional interpretation of the law, he need not concern itself with the spirit of the written law. This legalistic system reduced religion to a matter of form and banished the spirit of true worship and obedience, without which a man serves God in vain (see John 4:23, 24; confer Mark 7:7). This reduced salvation to righteousness obtained by the “works” of the law rather than salvation by grace through faith which is what God intended. God intended that man should attain righteousness which is by faith (Romans 9:31, 32; Romans 10:3).

Why was Jesus against these seemingly harmless traditions and rituals? Because Christ sought to restore all God’s revealed instruction to their rightful place in the thinking and living of His people. He taught that the words of God should have priority over the words of men. Therefore, He sought to do away with mere outward forms of religion and to cultivate the true spirit of religion in the heart.

5 Then the Pharisees and scribes asked Him, (Jesus) “why do Your disciples not walk according to the tradition of the elders, but eat bread with unwashed hands?” 6 He answered and said to them, “Well did Isaiah prophesy to you hypocrites, as it is written: ‘This people honors Me with their lips, But there heart is far from Me, 7 and in vain they worship Me, teaching as doctrines the commandments of men.’ 8 For laying aside the commandment of God, you hold the traditions of men – the washing of pitchers and cups, and many other such things you do.

As we read the above, let’s reflect on our own lives, just a little. See, told you I was going to go from teaching to meddling. But think about our own lives for just a moment. What traditions does the church hold true, near and dear that keep the people of God from accepting the simplicity of Salvation by grace through faith? I would say the vast majority of churches hold near and dear traditions and teachings that are to keep us from fully embracing the will of God. All too well do some churches reject the commandment of God for the traditions of men. But let’s not be too hard on the church, for within our own hearts we have the same tendency of accepting the traditions of men over the commandment of God. And for this we have no one to blame but ourselves. For we are not fully seeking the will of God with daily prayer and the study of His word to see how our man-made traditions are contrary to the will of God.

In our next post, we will talk more about teachings and traditions and how simple it is to pervert the pure truths of God with the traditions of men.