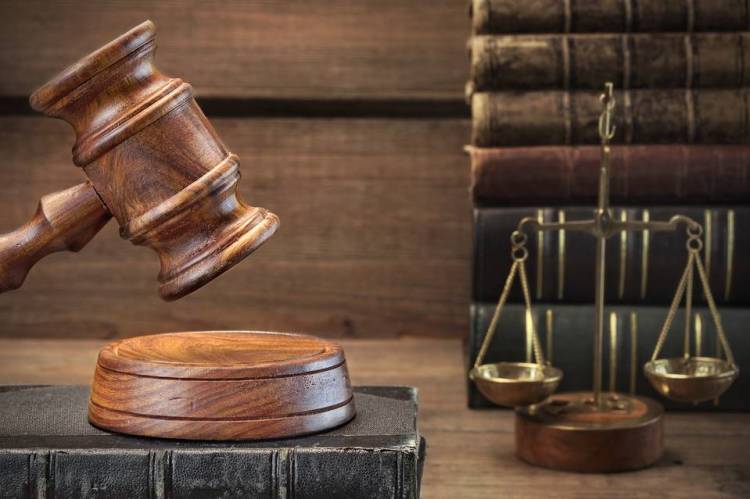 How the Law Kills

“What then shall we say?” (Romans 7:7). For the third time Paul uses this literary technique. His first “what” then showed up in Romans 6:1, in which he pictured his detractors as saying “shall we go on sinning so that grace may increase?” (NIV). Violently rejecting the idea, he demonstrated that no true Christian could ever think that way, because they had died to sin and been resurrected to a new life in Christ (verses 1-4)

His second what then came in verse 15, in which he pictured his adversaries asking whether sin was appropriate because Christians were not under the law but under grace. Once again, he aggressively dismissed that suggestion by showing how grace leads to the obedience of faith (verses 15-23) and that even though Christians have died to law as a way of salvation they still serve God in the new and deeper way of the Spirit (Romans 7:1-6).

In the process of his explanation, Paul has said some pretty unflattering things about the law: that it “was brought in so that the trespass might increase” (Romans 5:20, NIV): that it “brings wrath” (Romans 4:15, NIV); and that it utilized sinful passions” (Romans 7:5).

He fears that some will conclude from what he has said the law is evil in and of itself. Once again he vigorously reacts to such a suggestion, using the same Greek words as in Romans 6:2, 15, translated as “By no means!” The rest of chapter 7 Paul will spend defending the goodness, holiness, and spirituality of the law and helping his readers see that it is not the law that is the problem but sinful misuse of it.

Paul here walks a tightrope in his discussion of the law. On the one hand, he desires to help his readers see that it is an insightful choice because it is the only one of the Ten Commandments that explicitly moves beyond outward actions to the inward root that undergirds sinful acts.   That is, worshipping an idol, stealing, and so on, are all external behaviors. Because of that, most people, including many Pharisees of Paul’s day, identify sin as a behavior.

By deliberately selecting the tenth commandment, Paul goes behind the behavior to the lusting motivation that under girds it. In other words, he is saying that sin is much deeper than outward acts. Jesus did the same thing in the Sermon on the Mount when He illustrated the depth of sin in His discussion of murder and adultery in the heart (Matthew 2:21, 22, 27, 28). Again He raised the same point in Matthew 15:18, 19, in which He claimed that sinful actions proceed out of a corrupt heart.

The apostle’s section of the tenth commandment is an extremely important contribution to our understanding of the law and sin precisely because it goes beneath the surface and relates to them at that sinful self-centeredness that leads people to commit acts of sin in the sense of the other nine commandments.

Roman’s 7:8 finds Paul personifying sin as a military aggressor that uses the commandments for its evil purpose. Then he once again employs the tenth commandment to illustrate his point: “Sin, taking an opportunity through the commandment, deceived me and through it killed me” (verse 11 NASB).

Now, we need to ask, can evil use God’s “good” commandment (verse 12) to trigger sin? The answer is that the very command not to covet awakens in people, thoughts about actually doing so. Thus, even though the commandments are good, sin drives the unrenewed person to see them as a limitation on freedom – and thus a cause of resentment and opposition. Without something to rebel against there are no rebels.

The real culprit, however, is not the law but sin, which is hostile to the law (Romans 8:7). Sin always twists the function of the law from exposing sin to that of provoking it.

Because Paul had come to see the full depth of the tenth commandment, he also had begun to realize that he was indeed a sinner, in spite of his “good life” and his sinful pride in his righteousness. The result? He died. That death is not the Christian’s death to sin, which he spoke of in Romans 6:2, but death to his spiritual pride, self-confidence and self-reliance. He realized his hopelessness – that the law, when he really understood it in its depth, left him destitute. Thus “the very commandment which promised life” brought death to Paul (Romans 7:10).

Paul’s argument in verse 11 is that since the law appears to be the way to life, when it actually isn’t, sin utilizes the misunderstanding to bring about condemnation and death. But that conclusion does not mean that the law is bad. To the contrary, verse 12 declares that “the law is holy, and commandment is holy and just and good.” Here the apostle has come full circle in the argument that he has been presenting since verse 7, in which he pictures his opponents asking if the law is sin.