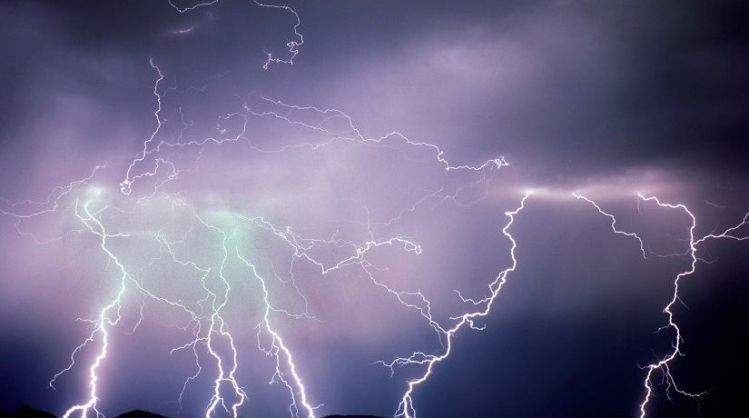 The greatest destruction yet to eventuate before the second coming of Christ will result from the outpouring of the seven last plagues.  The impenitent will finally “drink of the wrath of God, which is poured out full strength into the cup of His indignation” (Revelation 14:10).

Up until the end time the judgments of God have always ben mixed with mercy so that the wicked were shielded from the full penalty of their guilt.

All the judgments upon men, prior to the close of probation, have been mingled with mercy. The pleading blood of Christ has shielded the sinner from receiving the full measure of his guilt; but in the final judgment, wrath is poured out unmixed with mercy (the Great Controversy, P. 629).

The same language used in Scripture to describe the destructions on men in the past, is employed to portray this terrible future desolation.  It is depicted as being “the wrath of God,” administered by destroying angles. The incineration of Sodom and Gomorrah; the flooding of Noah’s world: the plaguing of the Egyptians; the invasion of the serpents into Israel’s encampment; the overthrow of Jericho, Nineveh, and Jerusalem; and many more such catastrophes are consistently detailed in the same terms employed to prophesy the coming seven last plagues.

Harmony of interpretation insists that the scriptural portrayal of events yet future must be understood in the same way as the Word of God reveals that the description of events in the past be understood. The Bible abounds in explanations of how we are to interpret the declaration of describing the punishment to befall the wicked.  By this means we have no excuse for failing to understand that when God is said to destroy when the results of his efforts to save have resulted in the withdrawal of the impenitent from Him to the place where no protection from destruction remains to them. This is the way it has always been in the past. So it must be in the seven last plagues.

We are greatly assisted in the Study of the seven last plagues by two events in the past. The first is the plagues of Egypt and the second, the fall of Jerusalem.  Scripture declares that each of these events was a preview of what is to happen in the final scourges.

The plagues upon Egypt when God was about to deliver Israel were similar in character to those more terrible and extensive judgments which are to fall upon the world just before the final deliverance of God’s people (The Great Controversy, pp. 627, 628).

While the seven last plagues will not be an exact repetition of the Egyptian scourges, they will be similar in character.  The Egyptian devastations possessed the character they had because of the situation out of which they were born and by which they were shaped.  The people’s continued determination to shut God out of their lives and brought them to the place where God was compelled to accept their desires and leave them to reap their harvest of pain and loss, God released His hold on the rod so that it passed out of His direction and control.  Thus the character of the plagues was that they were natural forces possessed of the fury of destruction.

The same character will be manifested in the seven last plagues because they will be the offspring of exactly the same conditions. As the nation of Egypt threw off all connection with God, so the people of the whole world will separate from God, rejecting every principle of righteousness and association with Him.  The last appeals of mercy scorned, God will be left with no option but to leave humanity alone.  Once again, nature will be out of control and will smite them until none remain.

The second preview of the seven last plagues is given in the destruction of Jerusalem.  The Saviour’s prophecy concerning the visitation of judgments upon Jerusalem is to have another fulfillment, of which that terrible desolation was but a faint shadow. In the fate of the chosen city, we behold the doom of a world that has rejected God’s mercy and trampled upon His law. (The Great Controversy, p. 36).

The Spirit of God, persistently rejected and abused, had at last no choice but to leave the people to themselves. With nothing to restrain the fierce passions of the Jews, they rebelled so treacherously and seditiously against the Romans that they stirred up the worst spirit of retaliation in their enemies. This brought the mighty power of Rome to bear upon the city of Jerusalem. With the continued resistance of the Jews and prolonged attack by the Romans the spirits of all became so intensified that in the final scenes the powers in those people ran riot.  The resulting slaughter and atrocities were worse than human language can picture. When the city had been conquered and there were no more to be slain, the Romans then systematically tore the city stone from stone until the destruction was virtually absolute.

In that fate the doom of the world is to be read.  Exactly what befell Jerusalem will befall the whole earth. The time is coming when the sins of humanity will compel the Spirit of God to totally depart.  With nothing to hold in check the deadly powers in nature and human beings, the earth will be plunged into a time of trouble such as never was.  The seven last plagues will in no sense of the word be the manipulation of those powers by the hands of God. Instead, just as in Egypt and in Jerusalem, God will not even be there. Everything that happens will be because of His absence, not because of His presence.  Once again the rod will have passed out of Moses hand.

These direct statements will verify the truth of the above principles and the conclusions drawn from them.

When He leaves the sanctuary, darkness covers the inhabitants of the earth. In that fearful time the righteous must live in the sight of the holy God without an intercessor.  The restraint which has been upon the wicked is removed, and Satan has entire control of the finally impenitent. God’s long-suffering has ended. The world has rejected His mercy, despised His love, and trampled upon His law.  The wicked have passed the boundary of their probation; the Spirit of God, persistently resisted, has been at last withdrawn.  Unsheltered by divine grace, they have no protection from the wicked one. Satan will then plunge the inhabitants on the earth into one great, final trouble. As the angels of God cease to hold in check the fierce winds of human passion, all the elements of strife will be let loose. The whole world will be involved in ruin more terrible than that which came upon Jerusalem of old. (the Great Controversy, p. 614).

While Jesus had been standing between God and guilty man, a restraint was upon the people; but when He stepped out from between man and the Father, the restraint was removed and Satan had entire control of the finally impenitent.  It was impossible for the plagues to be poured out while Jesus officiated in the sanctuary; but as His work there is finished, and His intercession closes, there is nothing to stay the wrath of God, and it breaks with fury upon the shelterless head of the guilty sinner, who has slighted salvation and hated reproof (early Writings, p. 280).

This statement verifies the truth that it is the removal of God’s restraining power that releases the powers of individuals and nature into Satan’s hands. They then burst with destructive fury upon the shelterless heads of the wicked.

Let the expression, “there is nothing to stay the wrath of God,” be guarded from misunderstanding.  Before the principles in regard to God’s character are understood, this would be taken to mean that God was personally angered and, therefore, anxious to smite the offenders but is restrained by the intercession of his Son until Jesus finishes His work in the sanctuary.

If this interpretation is correct, then Christ and His Father are working against each other.  God is longing to destroy humanity while Christ is restraining Him. However, it is impossible to believe this and at the same time hold to the great precious truth that Christ and the Father are one and that, far from working against each other, they are fully united in the task of saving their creation – “God was in Christ reconciling the world to Himself (II Corinthians 5:19).

There could be nothing closer than the unity of the father and the Son in the work of salvation. God is not seeking to destroy sinners while the Son works to stay the unleashing of the Father’s fury. They are working together to the limit of their resources to bring people back to eternal life, and only when people utterly reject those saving measures, do the Father and son jointly leave the rebellious to their chosen fate.

Also, as we see that the wrath of God functions through the work of Satan, we are given to a clear understanding of what His wrath is and what it is not, for God does not work with Satan to achieve a destructive purpose.  Rather, as people reach a point of total rejection of God, in the granting of freedom to choose their path, He has no choice but to give them over to Satan, who is then released to do his own work, to God’s sorrow.

Men have reached a point in insolence and disobedience which shows that their cup of iniquity is almost full. Many have well-nigh passed the boundary of mercy. Soon God will show that He is indeed the living God. He will say to angels, “No longer combat Satan in his efforts to destroy. Let him work out his malignity upon the children of disobedience; for the cup of their iniquity is full. They have advanced from one degree of wickedness to another, adding daily to their lawlessness. I will no longer interfere to prevent the destroyer from doing his work.” (The Review and Herald September 17, 1901).

It is a God that shields His creatures and hedges them in from the power of the destroyer.  But the Christian world have shown contempt for the law of Jehovah; and the Lord will do just what He has declared that He would – He will withdraw His blessings from the earth and remove His protective care from those who are rebelling against His law and teaching and forcing others to do the same. Satan has control of all whom God does not especially guard. He will favor and prosper some in order to further his own designs, and he will bring trouble upon others and lead men to believe that it is God who is afflicting them (The Great controversy, p. 589).

God does not stand toward the sinner as an executioner of the sentence against transgression; but He leaves the rejecters of His mercy to themselves, to reap that which they have sown. Every ray of light rejected, every warning despised and unheeded, every passion indulged every transgression of the law of God, is a seed sown which yields its unfailing harvest. The Spirit of God, persistently resisted, is at last withdrawn from the sinner, and then there is left no power to control the evil passions of the soul, and no protection from the malice and enmity of Satan (The Great Controversy, p. 36)

The wicked have sown the seed, the harvest is inevitable. But it is not the work of God. It is the work of people against themselves. They sowed the seed. They reap the harvest.