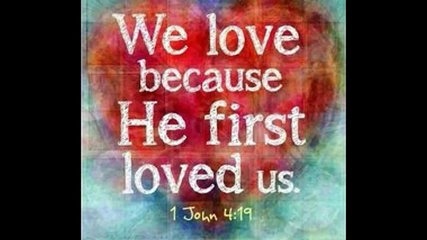 A Summary of God’s Constitution

Thus far, our study has focused mainly on the constitution of God’s government as it was formed and operated under when no sin existed. It was a perfectly idealistic situation, which worked faultlessly for the unmarried happiness of every creature in the universe.

Condensing what we have studied so far into the simplest form we have learned the character of God as revealed in that constitution as follows.

But the advent of the rebellion of the covering cherub, Lucifer, who made himself to be the devil and Satan, raised a challenge against the constitution. Before us, in the Word of God and in the annals of human history, is the record of the testing of that constitution so far as the test has gone. The final pressure is yet to be brought upon it in the earth’s closing days.

God affirms that every principle of His government is eternally perfect, require no adjustments or modifications, and is equally applicable in situations of sinfulness and well as sinlessness. He presents His law as the only standard of righteousness for the dwells in the purity of heaven and for those who must dwell in the midst of a sin-cursed people.

If God is wholly correct in His assertions, then He cannot introduce any actions to deal with the sin problem different from what He did before it appeared. Therefore, as surely as He gave His creatures full liberty to withhold obedience before they fell, must He still give them the same liberty thereafter? The granting of that liberty places God where He can neither punish nor destroy those who exercise it.

Before the Fall, the law that, among other things, lays down the maxim, “though shalt not kill,” was the direct expression of his character. Accordingly, it was not in him to kill. Since the fall, that law still declares, “Thou shalt not kill,’ and it continues to be the expression of his character. This being so, it is still not in His nature to kill, and for this reason He still cannot do it.

It is God’s declaration that He changes not that He is “the same yesterday, today, and forever” (Hebrews 1:8). Link this great truth the principle that what we do is the result of what we are. Before the fall, God, in faithfully acting out His character, destroyed no one. Therefore, if after the fall, He resorted to destroying people His character would have changed in order to make this possible. But God has truthfully declared that He does not change; therefore, He has not changed.

Pitted against God’s testimonies are the devil’s charges. While fully admitting that before the rebellion God did not destroy anything, Satan claims that the appearance of the sin problem has imposed upon God the necessity of dealing with this by liquidating those who will not serve Him.

Therefore, it is Satan’s accusation that the principles of God’s government are not perfect. If the Lord had admitted that His system of government would only operate successfully with the full cooperation of every subject, requiring the introduction of death to defectors from it, then Satan would have had no case to argue. In fact, he would not have been there to argue, for a defector he would have been eliminated immediately.

Satan is as desperately anxious to win our allegiance today as he was in the Garden of Eden. Before us, then, is the task of deciding who is correct in the great controversy. Some have been taught to almost blindly have faith in God, but this is not sufficient. Our faith must be intelligent for it to be effective. This area in which it must be truly intelligent is in this very field of the principles of the constitution of God’s government. Let the gravity of the implication of this statement be fully realized by all.

In order to endure the trial before them, they must understand the will of God as revealed in His word; they can honor Him only as they have a right conception of His character, government, and purposes, and act in accordance with them.

The task before us now is a difficult one of searching out the operation of those principles during the period when it was under the fearful test imposed by Satan and wicked humanity. This is the area that this study now enters.

Those under the tutelage of Satan, by his misinterpretations of the Bible, have gained a very definite picture of God. Such a picture can only be corrected if the devil is incorrect in his assertions that God has had to resort to acts of destruction in order to solve the sin problem.

So, let’s explore what the Bible has to say about this!

In our next post we will explore “Contrasting Statements.”

Problems cannot be solved by countering statements against statements.  are there actually any contradictions in God’s Word?

Do we just ignore the perplexities and hide behind blind faith?

I hope you will come back as we explore this subject together.

For previous posts on this series, follow the links below.

11 thoughts on “A Summary of God’s Constitution”